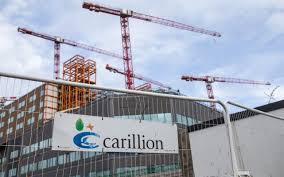 Members of the NTI newsroom hired a car and drove around it, Billy borrowed his mate's drone and flew above it and Tracee sketched it onto her iPad in order to get some perspective. However, there is no getting round (or over) it, every which way you look at £1 billion, it a massive number.  Yet this is the amount in damages the Official Receiver (OR) is advancing in a legal claim against KPMG, the auditors of fallen construction giant Carillion. Insurers, reinsurers and crumpled members of Lloyds were spotted fleeing to the coast in an attempt to avoid the tidal wave of repercussions that would be felt across at least two industries if the walls come tumbling down.

A £1 billion claim? This is the equivalent of your sister crashing her Fiat Punto into The Shard, causing it to collapse onto the fully-occupied Manchester City team bus. The resultant claim would definitely be above the excess on her insurance policy.

The Official Receiver filed a claim form against KPMG on 3 December, which must have been quite the moment at 1 Westfield Avenue in London, and the clock has started to tick. The OR now has four months to submit more details of its case. It is an eye-watering amount, and has been coming for a long time (it is also a curiously non-specific amount which causes us here in Tower Hamlets to wonder if it was rounded up ... or down).

More specifically, the OR is understood to be pursuing £230 million of losses in the form of dividends it argues should never have been paid out by Carillion, as it limped towards the winding-up post with three hungry leopards hanging onto its remaining leg. As the cherry on top of that particular cake the Government also wants to recoup £20 million of advisory fees that it is expected to allege were avoidable (as well as to ask for its ball back). The finger-in-the-air £1 billion includes compensation for trading losses in the run-up to the headline catching death of Carillion and, in truth, the final amount could even be north of this amount. We  haven't seen any crossed ts on the legal documentation, but much of the amount being claimed is based on the allegation that KPMG failed in its duties to spot misstatements in the outsourcing group's accounts and provided false or misleading information in relation to Carillion's audit.

Lawyers must be wetting themselves.

Surely the OR could never afford to fund such an action? Sure they can, following a deal struck with Litigation Capital Management. If it wasn't for Ghislaine Maxwell it would be the case of the year in 2022; Netflix must be lining up someone to play counsel in the mini-series and Neil is getting hair plugs (not before time). We in our glorious profession know only too well that the OR has a statutory duty to maximise recoveries for the long-suffering and much-broke creditors of Carillion which went belly-up in January 2018 owing just shy of £7 billion.

The representatives of both KPMG and the OR were unavailable for comment. However, a faint sobbing noise could be heard outside a building in Canary Wharf, London.