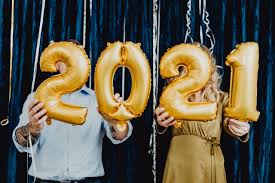 Welcome to a New Year of News, Opinions and Views, Specially Purposed for You in Our Glorious Profession

Eddie Chapman was an English criminal and wartime spy. During the Second World War he offered his services to Nazi Germany as a spy and subsequently became a British double agent. His British Secret Service handlers codenamed him Agent Zigzag, and not because of the daring cut of his jib. When his massively complex life was finally revealed can you imagine what the close members of his family had to say to him? Where would they even start?

Here in the NTI newsroom we feel much the same about 2020. As a news and media service we feel almost duty bound to 'review the year just gone', reminding you of the highs and lows, the lost and found.

On 31 December 2019 the World Health Organisation's (WHO) Country Office in the People’s Republic of China picked up a media statement by the Wuhan Municipal Health Commission from their website on cases of ‘viral pneumonia’ in the city. Ten days later, on 9 January 2020, the Organisation reported that Chinese authorities had determined that the outbreak was caused by a novel Coronavirus.

On 24 January, Covid-19 (which was still its double-agent name, coined by no-one at the time) unpacked its bags in the Air France arrivals lounge in Paris Charles de Gaulle Airport, as France informed WHO of three cases of novel coronavirus, all of whom had travelled to the country from Wuhan, China. The virus had arrived in Europe. On that same day Retail Week published an article about 'the real winners in retail for Christmas 2019'. Two online young fashion retailers sat at the top of the periodical's Christmas trading league table. Boohoo reigned supreme with 44 per cent sales growth, while Asos made a comeback from 2018’s Christmas nightmare to notch up a 20 per cent sales rise.

At the same time the poor online performance of high street retailers John Lewis and M&S, which posted 1.4 per cent and 1.5 per cent ecommerce sales growth respectively, was plain for all to see. Except that all were not looking. The writing was on the wall even at a time when no journalist had yet written the letters C.O.V.I.D. in that order. Retail was an even more soft target for a hungry virus than our pitifully underfunded care homes. It just hadn't hit the news.

On 24 January 2020, the small town of Treorchy in the Welsh valleys beat far bigger rivals to be named high street of the year and Morrisons cut 3,000 managers to take on more shop-floor staff. In other news, Adele clutched a pint of beer and a cigarette as she partied with her pals on London curb in a previously unseen snap. It was all very ... 'normal'.

Fast-forwarding to today's news; it is reported that 176,700 retail jobs were lost last year as the massacre on the high street saw 15,747 shop closures. 71,800 of those jobs were lost when retailers such as Oasis, Cath Kidson and Laura Ashley filed for Administration and the board at Debenhams said that if that lot were going to do it there was no way they were going to be left out, and similarly filed for the second time in two years.

A further 11,986 redundancies were caused by CVAs at brands such as Monsoon, Accessorize, New Look and All Saints and other retailers saw a passing bandwagon and, never been ones for not hitching a lift, decided that 2020 was the year to "rationalise" their workforces. Blood was spilled in M&S, Boots, W H Smith, John Lewis and Dixons Carphone.

In all, more than one in eight shops failed to reopen after the first lockdown (still our favourite here at NTI) and despite the cavalry being silhouetted on the hill it is still carnage out there for many.

The FTSE 100 did its best to camouflage the terrible truth, wrapping it up in a little Christmas tinsel as 'surges' and 'records' were reported during December, but the fact is that the index suffered its worst 12 months since 2008 (which, come to think of it, is not that long ago and seems a little less depressing in context). In the final session of 2020 the FTSE closed 95.30 points lower at 6,460.52, extending its loss for 2020 to 14.3 per cent (and this is after a gain of 10.1 per cent in the final three months of the year as investors were encouraged by Brexit news, potential Covid vaccines, Lewis Hamilton's pending knighthood, an Earth-dweller winning in the race for the White House, the LBGT+X5 couple on Strictly and Matt Hancock's tie).

Rolls-Royce and Hammerson were two of the most high profile losers and we Brits completely underperformed in contrast with Asian markets which saw the Nikkei 225 in Tokyo rising by an annual 16 per cent and the Shanghai Composite by 14 per cent. In the States the Dow ended 16 per cent ahead on the year. (How?)

We almost became as sick of the ongoing sagas at Debenhams and Arcadia as we did of morbid news-readers and their cardigans. We have just been told that Deloitte have whittled the suitors for the latter down from 30 to five and they have until 18 January to make final bids. That is all for future bulletins, here at NTI.

For now, has there ever been a better reason to say and truly mean, 'Happy New Year'.