Alix Partners Having A Pub Crawl, So You Don't Have To 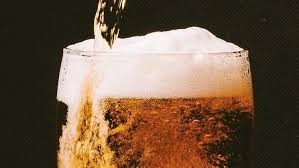 There is little the restructuring and insolvency sector won't do to serve the Great British public, and over the weekend those fine imbibers at Alix Partners, ably supported by their drinking buddies at CGA, selflessly visited more than 41,000 pubs, bars and restaurants to confirm they have some kind of outdoor space to welcome back legal boozing on 12 April.

They gathered information for the Market Recovery Monitor, revealing that more than 40,000 pubs, bars and restaurants have some kind of outdoor space in which people can freeze their knackers off, shivering beneath the British flag of 'At Least We're At The Pub'. Businesses said they will utilise gardens, terraces, car parks and other areas where they can potentially seat guests to reopen when outdoor hospitality is given the go-ahead in the next phase of the Prime Minister’s road map. Fifteen pointed to a rickety bench and one publican brought out a stool perched precariously atop a Juliet balcony, saying he reckoned three people could balance on that and take turns to reach for the peanut bowl.

More than 80 per cent of pubs have said they have appropriate outdoor space to reopen. This number was previously closer to 100 per cent, before Government officials said that leaning out a window to drink and cough wasn't permitted under the existing restrictions.

We in the NTI newsroom hate to burst your newly acquired six person outside bubble, but researchers in Singapore found that at a distance of about three feet, a person standing in front of a cough gets a direct hit of virus, becoming covered with about 65 per cent of all the droplets generated by that cough. Most of the droplets that reach the bystander are the fat, wet kind that are heavy and fall to the floor and nearby surfaces after a sneeze or cough. The study authors write that those droplets carry a 'tremendous' viral load. Apparently, it makes little difference whether this cough is enjoyed in or outside, but when us Brits need a drink we need a drink and we want to write our opinions about such things on the back of a beer mat.

It is said that only 11.9 per cent of casual dining outlets can provide suitable outside space and only 33.1 per cent of operators in London can offer places where drinkers can enjoy diesel fumes which will kill any virus, plus those breathing them in. Surprisingly, only 22.9 per cent of venues in Scotland have outside drinking spaces, which will see sites reopen from 26 April.

It's surprising that many operators of such premises are weighing up the options of opening, based on cost benefit analysis. Apparently, you can make more money sitting indoors and selling nothing, whilst not paying a Romanian £8.20 an hour to serve a pint of lager for an average cost of £4.57.