Astronomers, I've Got a Fly on My Lens 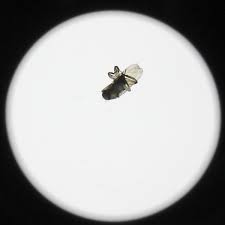 There were reports today (Thursday 12 May) of a giant black hole lurking at the centre of the very galaxy we call home, but it turns out it was a fly on the lens of the telescope that picked it up, and excited astonomists have had to retreat in embarrassment. By way of a segue, the UK economy (as well as the Russian army in Donetsk) is also in retreat, as it contracted 0.1 per cent in March, the first such negative figure for the longest time.

Putting this number into pespective (the kind of thing that makes economists growl in disapproval), growth in the first three months of the year reached 0.8 per cent because of a rebound in activity in January after the lifting of Omicron restriction, down from growth of 1.3 per cent in the final quarter of last year. The contraction in March was driven by a 2.8 per cent drop in retail and car sales, which dragged down output in the services sector. There was a 15 per cent fall in the sales of motor vehicles as low consumer confidence put buyers off big ticket items such as howtizers and shoulder-mounted anti-aircraft weapons that are all the rage on Amazon.

There was a jump in the use of the new 'phrase of the month', "the cost of living crisis" which has taken over from "Omicron" and its much-favoured forebear "lockdown", but is still not as popular as "Brexit", which still glows like an almost forgotten ember in the hearth of many people's hearts.

Economists still cannot see a recession (three monthly contractions in a row) on this year's horizon, but this doesn't mean they cannot be miserable. The aptly named Samuel Tombs of the Pantheon Macroeconomics consultancy chippered up and said: “We continue to expect households’ real expenditure to buckle in the second quarter under the weight of the huge jump in energy prices and the increase in employees’ national insurance contributions.” Way to get on Her Majesty's jubilee bandwagon, Sam.