Avoiding Bankruptcy: Where Are The Jobs Coming From? 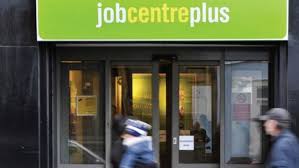 The insolvency statistics give us a glimmer of the truth we in our glorious profession will be facing in the future, but many of us recognise that the curl at the front of the wave will come from Bankruptcies and other personal debt solutions.

For those who hold their breath until the end of the Breathing Space, but can still find no resolution to their darkest personal debt problems, there could be a sliver of a silver lining poking out from behind a very dark cloud. The phrase 'working from home' was never going to work long-term, opposed as it was by many in dark suits, monk shoes and long years under their belts pushing against very sticky doors, so we will need an alternative. 'Hybrid working' appears to be the favourite; it describes part working from home, part murdering the planet and buying an egg-and-cress sandwich for £4.75.

Virgin Media O2 Business (who are not averse to slipping a reference to their business into a name) and the more sober Centre for Economics and Business Research have discovered that almost half of people currently out of work would be able to resume employment if they could do so remotely. These are also the people who need the greatest break at the end of the pan ... blah, blah, blah and the beginning of the rest of our lives, including unemployed carers, the disabled and those with children and no family trust fund.

In a general totting up it was estimated that increased hybrid working could mean an additional 3.8 million people could enter the workforce, including 1.2 million parents, 1.5 million people with disabilities, 500,000 with caring responsibilities and 600,000 others who are out of work and the Government look likely this week to give potential recruits the right to request flexible working at the onset of a new job.

Some of the above could entice potential employees to offer them a job by brandishing their 'Marcus Rashford GCSE'. Pupils starting a GCSE in media studies this month will learn about the Manchester United and England star’s effective use of social media and there is nothing like a media studies GCSE to encourage serious employers to offer a person a job in civil engineering, accountancy, economics and dentistry. All that is left to do is explain to Wayne Rooney why the letters 'GCSE' are not ordered alphabetically and he can plot his next hybrid role after he is inevitably sacked by Derby County Football Club in the next month or so.

One place our Wayne could put in a job application is Pret a Manger, who have a dizzying approach to recruitment, sacking, employing and letting go. The sandwich chain closed almost 30 shops during the pandemic and laid off thousands of staff, having discovered that having three Prets next door to one other in a London street wasn't the smartest business model, especially when no-one was visiting any of them. It accompanied this redundancy main salad with a side of falling revenue last year; moving from £708 million to £299 million and a swing into the red of £256.5 million.

However, fresh today is a £100 million investment from JAB Holding Company, its majority shareholder which will be spent on opening more than 200 shops in Britain (not, surprisingly, all at Waterloo Station in London) over the next two years, partly through franchising, and has set itself a goal of entering five new markets by the end of 2023.