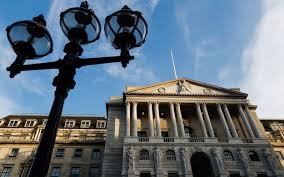 With Truss and Sunak battling it out on the hustings and Andrew Bailey of the Bank of England trying to persuade us that 11 per cent inflation is really quite good compared to what it will be in a year's time, a person can walk the length and breadth of News Street and not find anything positive to read.

A war leading to 25 per cent inflation; that's what we had in 1918 after World War One. With almost 900,000 British fatalities registered during that war and 199,000 of us claiming Covid-19 as a cause of death there is barely a comparison, but with the online press screaming 'catastrophe' and 'meltdown' this morning (Friday 5 August) can we look to history for a way out?

One reality we can find is that, despite Sunak and Truss's claims that they can each do better (which is undoubtedly true, given what they will be following), some inflationary problems are well out of their range. One word doing the rounds in the news headlines today is 'stagflation'. It means persistent high inflation combined with high unemployment and stagnant demand in a country's economy.

What can Liz Truss learn from Anthony Barber, Prime Minister Edward Heath's Chancellor in the 1970s (when we had it really tough ...)? To confront staglflation Barber decided on a range of Trussian income tax cuts, whilst overhauling other levies. It did the trick; it made the situation before his tax-cutting intervention look like a walk in the park. Inflation soared, interest rates ballooned and we all enjoyed two recessions. Andrew Bailey argues, in 2022, that this painful squeeze on living standards is now inevitable and necessary to bring inflation under control and avoid a harsher economic downturn later. But why are the prospects for the UK looking so much more bleak than in comparable economies?

The Bank of England's paultry 'growth' forecasts are almost entirely because of the renewed surge in wholesale gas prices stemming from Russia’s restriction of supplies. Analysts said this could hit the UK economy harder than others in Europe, where Governments have done more to shield consumers. Of course, we also have Brexit to deal with and a massive loss of cheap labour due to the fallout from the Covid-19 pandemic. But we are not unique in experiencing accelerated wage growth against a backdrop of labour shortages.

However, we in the UK have always been obsessed with inflation, in much the same way as we are about the weather and Love Island. It looks as if it might feed our conversations well into 2024.