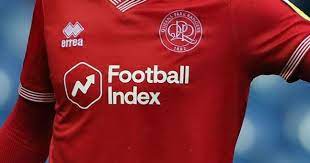 Did you have any clue there was such a thing as an online 'stock broker' for football? No? Well, you'd better catch-up fast, as there is and it has just appointed Begbies Traynor as its Administrator. It is called 'Football Index' and it had a strange (and, it appears, not terribly successful) business idea of selling 'shares' in footballers, paying 'dividends' based on their performance. You just know it was dreamt up at about 10.50pm in a pub in Manchester by three 'boys who work in finance' with shiny suits, pointy brown shoes and an average screen time on the Xbox One of 71 hours a week.

Betting has been suspended for a number of days, leaving customers barred from accessing deposits, but (on the bright side) time to reflect on the sheer hopelessness of their lives. There were reports today (Friday 12 March) that indicate tens of millions of pounds are trapped on Football Index’s platform, with some customers facing losses of £200,000 or more. Wayne Rooney must be cacking it.

The UK Gambling Commission and Jersey Gambling Commission, where Football Index’s parent company BetIndex is headquartered, (family money) have suspended the company’s operating licences and must be asking themselves if their career to date is making their parents proud. A week ago, Football Index changed its terms and conditions. The operator gave users 28 days notice of a decrease in dividend payments, causing player prices to crash last weekend. The punters did know this was all made up, right? The shareholders of Football Index didn't actually own Teemu Pukki (Neil does). Actually, it is quite handy that Begbies have just taken over David Rubin & Partners, as they now have a team on nearby Guernsey who can nip over to the other island, do the job and be home for tea.

I wonder how many girls were caught up in this racket?

On a statement on its website, the company said it plans to give shares in its owner to customers and put a new management team in place under a business restructuring.  It added: “Until such time as the Administrators are in office, the platform will remain suspended and no trading or payment transactions, such as deposits and withdrawals, will be possible.  Once in office, the Administrators will be in contact with customers, creditors, and other stakeholders."

Footballer Index is the shirt sponsor of Championship clubs Nottingham Forest and QPR, which finally proves that they know nothing about either football or life. However (having said that) they have a new idea to start a book on craters on the Moon and get people to bet on how big they are.