Bouce Back and Be Disqualified 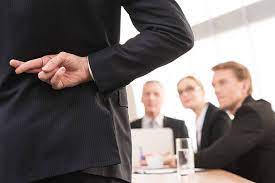 Your early 2022 horoscope envisages a lot of directors in your lives. Shuffling around your office, asking you ridiculous questions about whether they can get a tax exemption on a one way air ticket to South America and insisting that their companies really had turned over £200,000 a year prior to their application for a Bounce Back or CBIL facility back in 2020, despite the facts insisting the contrary is the case.

The case of Bass v Buchanan, just handed down like your sister's leggings by the Insolvency and Companies Court, has a go at the concept of overdrawn Director Loan Accounts, where money is (was) being drawn in anticipation of future dividends being available to clear 'the problem'. 'The problem' being, directors needed the cash and they didn't know where else they were going to get it from. The issue the court had was the overdrawn Loan Account position being 'reclassified' and turned magically into 'drawings'. Apparently, (and you should make notes here) you cannot go around making such retrospective declarations to the Revenue.

The judge wasn't at all confused about the position and demonstrated commendable clarity of thinking when saying: "I do not consider that periodic drawings can simply be re-characterised as remuneration as and when it might suit one of the recipients so to contend. Or at least that cannot be done without acknowledging that the manner in which they had previously been disclosed to HMRC had been incorrect, with all the consequences in terms of the payment of additional tax, interest and penalties that this might entail."

In another case, Mafuwer Logistics Ltd, the company took out a Bounce Back loan even though its turnover was far below the £200,000 necessary to qualify. Also, on investigation (and this may be exclusive to this matter ...) the Company’s bank statements, provided as evidence of financial standing, contained an unusually large number of items that seemed to constitute personal use of funds by the director. Now, that is strange.

Lawyers taking on the action said: ..." the director failed to distinguish between personal and company expenditure and had in effect used the BBL (which his company was not entitled to by reason of an insufficient turnover) to fund his own lifestyle. The improper obtaining of a loan by certifying that turnover was at least £200,000 when this was simply not the case is not reputable conduct."

Well, now you tell him.

For ease of reference, directors may withdraw money from the company in only three ways: salary, dividends or a properly documented director’s loan (which must be repaid). They can’t just use the company debit card to fund personal shopping, holidays etc. We need to have a word with Neil about this, but he is away at the moment buying essential supplies on the NTI credit card in Dubai.