Brace Yourselves: The Numbers! 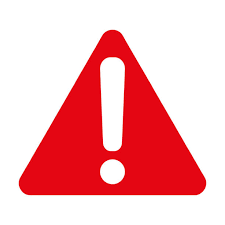 In a flourish of 'good news/bad news' today (Wednesday 2 February) we in the NTI newsroom are keeping track of the numbers issued by the Insolvency Service. The January insolvency numbers demonstrated a truth we have all been telling on Team talks and behind pointless thin blue masks for months; almost 1,500 companies hit the wall in December, the first time the monthly figures have exceeded the equivalent month before the pandemic.

Begbies Traynor have been sharing the signs of insolvency with the nation and we have been checking against our CPI notes to make sure we have them all covered. Late filing of accounts are high up on the list, and the official register said the percentage of companies due to file late has only increased, if only marginally, from 6.9 per cent to 7.2 per cent. Mind you, a reason for that might be the additional three months' grace for filing accounts because of well, you know, the usual.

Another one of 'the signs' is non-payment of tax, but HMRC have been more than usually chummy with those of us who are called to the headmaster's office to explain our forgetfulness over tax payments. This patience has limits and they will want to protect their reputation as the largest issuers of winding-up petitions and should soon be released back into the wild.

Julie Palmer, a partner at Begbies, summarised it well “The pandemic has distorted things because so much money was given out in support. It mothballed a lot of these problems. Creditors were not really able to take action so insolvencies have stayed untypically low. But that pre-pandemic distress has not gone away and we are now adding to it.”

County Court judgments against SMEs are the claxon call for IPs and credit ratings agencies. These are one of the first things we look for when sniffing out corporate pre-insolvencies, and there were 16,282 county court judgments served between October and December 2020, compared with 8,888 in the same period in 2020, and 13,704 in the final quarter of 2019, before the pandemic struck. That might not yet be a 'yowzer!', but it certainly rates as a 'jeepers!'.

Okay, so courts couldn't fully process claims during the pan ... blah, blah, blah; but double the CCJs? That has to be a sign.