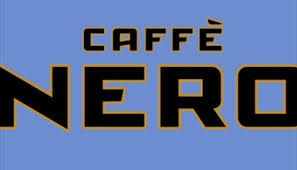 Our move this week into premises in Tower Hamlets has allowed us to expand, and the NTI newsroom now have an exclusive 'retail news division' on the other side of the boiler which makes a noise a bit like Mr Spears clearing his throat having heard that his daughter Britney finds him autocratic, and she now refuses to sing live. Whatever you are doing Mr Spears please continue, as who wants to see a 38 year old woman squeeze into a school-girl's uniform and sing 'Hit me baby, one more time'? Oh, you do, Rob from Cheltenham? And what do you think your long-suffering wife would say about that?

Anyway, NTI newsroom's retail news division has come up with an exclusive this evening (Thursday 12 November), as the teetering is over, Caffè Nero have stopped all that window shopping for another solution and announced tonight they are plumping, after all, for a CVA. Details of this are still vague, but this will certainly mean that Nero Holdings, its imaginatively named parent company, will be able to close stores and slash rents. Landlords will get scorched in the same way as anyone taking a long gulp of one of their two-shot Americanos straight out of the barista's hands. Immediately having heard this news, Tracee ran out to the Caffè Nero two roads down (and one across), yelling that she wanted to get a mocha before they closed down. We all know that Company Voluntary Arrangements don't work that way, but our immediate requirement for a roasted tomato and pesto tostati was greater than our need to correct her.

Meanwhile, two doors down WH Smith are counting the £20 million that won't be entering their tills during this second English lockdown. The stationery, bandaid, Bounty, 2021 kitten calendar and international plug retailer has swung heavily into the red, compared with a £135 million profit in 2019, on the back of a 27 per cent slide in sales to £1.02 billion. The group has written down the value of its shops by £135 million based on the loss of revenues during lockdown. NTI asked Dennis (58) from Coventry who was browsing through paperbacks in their Dudley store for his opinion, and he said:

"You're right, what am I doing here? I haven't bought an actual book since 2009. I have a Kindle. Hang on, what is anyone doing in here? Is it 1997?" Judging by his cagoule and Edinburgh Woollen Mills' chunky jumper, it might well be.

Did you know that Smith's travel business, which before the pandemic made two thirds of its profits, has been significantly hit by restrictions on movement, which led to the closure of its outlets in airports and railway stations? (Smith's have a travel business?) This business trundled its way to a £33 million trading loss, compared to £117 million of profit in 2019 and the division’s sales fell by 32 per cent to £553 million.

Not wanting to be left out LK Bennett is reportedly preparing to launch its own CVA proposals which will see five stores close down and move the remaining shops to turnover-based rents. We have to be careful how we describe the store, as the word 'womenswear' can be badly spaced to spell 'women swear'. Neil is already in trouble this week for misunderstanding a badly punctuated text from his great-grandmother who appeared to write, 'I'm giving up. Drinking until Christmas', but a rogue full-stop changed the meaning of her actual text, 'I'm giving up drinking until Christmas'. He thinks that buying her a Lucy Tweed Dress from L K Bennett will lessen her disappointment in him.

The womenswear retailer said the proposals will result in a small number of redundancies as it attempts to “mitigate the ongoing financial impact of  ..." you know. Apparently, (chaps) the store's eventwear and workwear are typically its 'biggest strengths' as a fashion brand. Oh dear, another good reason for not going out. The CVA is being run by Alvarez & Marsal who have been on the hunt for some workwear for a while to spice up their conversations with Will Wright of KPMG, who said to them something like, 'over my dead body', which would suit a cardigan from L K Bennett. Earlier this year, Administrators from EY extended the company’s Administration process for a further year, but there was a smell of inevitability about this one.

How can a brand like Sweaty Betty smash through income of £52 million and look to expand into Asia, and L K Bennett not sell a dress? Neil's Mum would never walk into one of their shops. She hated the word 'sweaty', it reminded her too much of her friend ... well, you know.