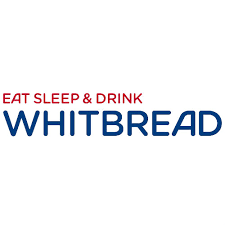 How big are Whitbread? They own 3,000 pubs. They also own Premier Inn, Britain's largest hotel chain which sports 72,000 rooms in more than 800 properties. They also own Beefeater and Brewers Fayre; so basically anywhere you would prefer not to drink in or stay at, Whitbread own it.

All of the above adds up to Britain's largest hospitality group. The interesting thing, of course, is that Whitbread are landlords, their publicans being tenants who often have to pay them rent for the privilege of chatting to boozed-up people with no small talk and a scraggy dog. It all adds up to a mystery that Whitbread has asked its landlords for a 50 per cent rent cut for the next three months, as well as their first born children.

Whitbread is offering a reason for this, which bears a second glance. This is that have suffered a "significant" net cash outflow in the first half of the year (they spent more than they earnt, in the same way as you used to suffer a "net cash outflow" when you visited one of their pubs and didn't charge them for the privilege). They are expecting it to get worse, with most of you staring out of a tier four window at people staring out of their window back at you, with the promise of full lockdown to greet the new year. Whitbread's "net cash outflow" amounted to £462 million for the six months to the end of August, with occupancy rates at its hotels around 25 per cent in November (it is generally thought that the break-even point of a hotel is around 70 - 75 per cent occupancy).

The proud boast of Whitbread in some of the media posts we read this afternoon is that they have previously paid all of their rent in full throughout 2020, but enough is enough. This is tantamount to saying that all evening, so far, I have not beaten up your son. But enough is enough. Now he is being seriously annoying.

In a nice festive touch the company said it would ask for the 50 per cent cut on the rent due on Christmas Day.

"See it as your glass being half full," they said helpfully to their landlords.

Some of these landlords are not receiving any rent at all from many of their fashion retail and casual dining properties, and may regard this as something of a decent deal. They just have two more doors left to open on their advent calendars, are thoroughly cheesed off and just looking forward to Christmas with their Gran. Will you tell them, or should we?