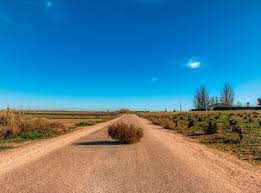 As we wander aimlessly down our local high street, almost legally pursuing our permitted minutes of daily exercise within a radius of whatever it is from the place we desperately need to escape before we murder the person we share it with, staring at wooden boards where before there was a window, do we really need to be told the shops are closed?

It appears we do, and that the chaps pulling the levers at the BRC-LDC Vacancy Monitor (for such a thing there is) are just the folk to do it. Despite the fact that we have spent months now stepping over tumbleweed rolling onto the pavements of shopping streets and racking our brains to remember what was previously behind boarded up windows bedecked with tatty flyers, there is a ‘Monitor’ that can offer us facts.

Apparently, 13.7 per cent of all shops were empty in the final quarter of 2020. Store vacancies had stood at 13.2 per cent in the previous three months to September - a time when the sector had hoped to be in a position to recover lost sales in the run-up to the so-called ‘golden quarter’ of Christmas. (Have you ever heard the phrase ‘golden quarter’ before? Particularly when applied to the months before Christmas? Nope, us neither.)

Those scurrying around gathering numbers for the BRC-LDC Vacancy Monitor tell us that retail parks fared best during this quarter which is often golden, with no change at 10 per cent (of shut up retail businesses), though shopping centres saw a surge from 16.3 per cent to 17.1 pre cent in its vacancy rate.

So, that’s a ‘surge’. We have often questioned whether, to qualify as such a thing, the growth in numbers had to be, say, more than one per cent. It seems it is 0.8 per cent and above. It's best you insolvency professionals brush up on your landlord and tenant retail law, before the ‘surge’ becomes a ‘flood’. God help us all if it becomes a ‘torrent’.

By the way, if it has been a while since your presence adorned an NTI lecture room and you have forgotten ways to remember awkward words and facts and phrases, such as ‘BRC-LDC’, we asked Richard for a hint. He came up with ‘Britain’s Really Closed - Let’s Do Canada’, which we like.