British Exports: Anyone for Cricket and Curly Wurlies? 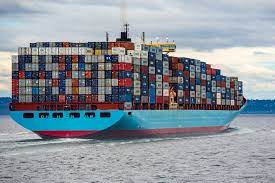 If you are anything like us in the NTI newsroom you will have received so far today (Thursday 28 October) 14 emails from businesses you have never heard of giving you a summary of the next James Bond's budget in the Commons yesterday (including one from your Nan's friend Betty who runs a bookkeeping service for a couple of hairdressers in the shopping precinct).

Pretty much all of them tell us that the Office for Budget Responsibility (OBR) have been hard at work making up numbers at random, deciding on a whim that output is expected to expand by 6.5 per cent this year, up from their previous forecast of 4 per cent. (They don't know and disn't even manage to get the number within 50 per cent of reality last time around.) The OBR brought forward some of the growth pencilled in for next year. Output will grow by 6 per cent next year, down from the previous forecast of 7.3 per cent - so, between 1 and 9 then.

What none of them seem to be telling us is that Britain’s export performance is slipping behind other developed countries as the world recovers from the Coro... blah, blah, blah, exposing what some economists are calling the “most worrying trend” in the UK economy. This is not quite as concerning as the trend ageing economists have for gelling the fringe of their thinning hairline, making it stand-up alarmingly on the front of their middle-aged heads, but it seems that absolutely no-one is writing articles about that.

It seems that by August this year global goods trade had rebounded strongly and international statistics showed that export volumes were well above pre-pandemic levels across advanced economies, according to world trade monitors. But the UK was an exception as its exports were still down sharply on pre-pandemic levels. Unlike inflation, energy prices, the cost of raw materials and shipping and worry about China's hypersonic missile test, which everyone in the world is anxious about, this particular problem is specific to the UK. Do people just not like or want our stuff?

Reduced exports to the EU, which in 2019 accounted for 46 per cent of UK goods exports, are not the only culprit of the UK’s underperformance. In the three months to August, UK exports to non-EU countries fell by more than 20 per cent compared with the same period in 2019 - four times the decline of exports to EU countries. It's possible that our old friends accountants and economists are to blame, as UK trade data have been volatile and complicated by a change in the way the Office for National Statistics records exports (of course ...). But also our trade weakness is also consistent with low investment during the post-referendum period, while there was also “longstanding evidence of EU clients pivoting away from UK suppliers”.

So, can we blame the French and blockade their fishing vessels? Well, Germany registered a sharp annual fall in imports from the UK in August, in contrast with expanding imports from other countries and in the year to August, Italy and Malaysia overtook the UK in the US imports chart by value, compared with the same period last year.

Come on you Brits; pull your fingers out and make some quirky things the Spanish and Kiwis want to buy from us. We can surely do better than Bovril and Married at First Sight UK?