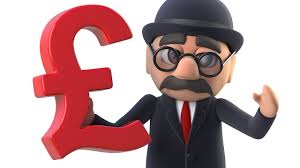 So why can't an almost microscopic nation like the United Kingdom sort out the mess just inside our own front door? For all the globalness of the last couple of years, we cannot examine the log in our eyes, which is the unfairness of business rates. We haven't got to get the Germans or French onside to tackle it, and no element of international cooperation would be required to bring sense to a domestic property-based charge that has been widely viewed as dysfunctional for at least a decade.

The basic unfairness is the competitive privileges bestowed on online-only retailers versus companies that occupy something as old-fashioned as a series of buildings, a position made worse by lags in adjusting property valuations. However, the numbers relating to the tax demonstrate further absurdity and inequality. When business rates were introduced in the 1990s, they were set at 34.8p in the pound and Corporation Tax was 34p, but now business rates are 51.2p and Corporation Tax is 19p. Many retailers have said that their rates bills are now well in excess of their rental payments as property valuations have fallen.

One clue could be in the fact that business rates bring in about £30 billion a year for the Treasury, and this at a time the NTI's newsroom's tip for the next James Bond is grappling with triple lock pensions and subtle tax rises in the autumn budget. Business rates are relatively easy money for a Government that desperately needs it.

One of the assertions is that the current system penalises small companies who are trying to do the right thing with solar panels, carbon-neutral ventillation systems and the newly acquired fascination with net zero, whilst letting monoliths such as Boohoo work out of a warehouse the size of Belgium in the Midlands off the hook.

While business rates relief has been granted during the pan ... blah, blah, blah, bills are still based on values from April 2015 and do not reflect how real property values have slumped in the last 20 months. Rates also do not reflect a business’s sales or profitability. At the very least we surely need more frequent valuations of property, to ensure businesses are taxed on the actual value of their property, not an historical one.

Neil insists that the above should not apply to the property out of which we research and publish your daily news bulletins. Based above a launderette in Tower Hamlets as we are, our glorious leader tells us that we are eligible for the 'They Have No Idea We Are Here' relief, not least because our almost defunct doorbell still carries the moniker 'Gary Glitter Fan Club'.