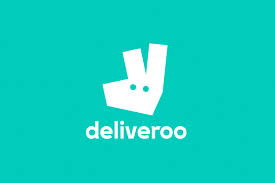 It takes an economics degree, a pair of monk shoes and double cuffs to make any sense of the stock market. Tracee has a theory there is less luck in a drunken 'pin-the-tail-on-the-donkey' competition than there is on stock market success; and she may have a point.

How on God's planet can business confidence be at its highest level since 2018? We haven't done any business since 2018 (oh, maybe that's it). More than three fifths, 65 per cent, of firms are confident about growth prospects over three years, according to the Santander Trade Barometer. It said that companies were now advancing plans to expand overseas. A fifth of respondents with no overseas operations said that they were considering making investments abroad, the highest figure since the survey began in 2017.

A total of 31 per cent of respondents said that the US offered the greatest opportunities and 31 per cent cited the EU. Santander questioned 1,000 with a turnover of more than £1 million, and said that the election of Joe Biden had helped to assuage fears about protectionism and trade. The largest number was 86 per cent; those who felt Joe Biden might have difficulty navigating the stairs of Air Force One.

There was another survey by the Lloyds Bank UK Recovery Tracker which reported that the vaccination of a half of Britain's adult population was boosting confidence. The improving picture in February was driven by technology equipment makers to meet demand for parts in smart devices, motor vehicles, computers and industrial machinery. This is at the same time as the French Government were stoking fears that the AstraZeneca Coronavirus vaccine caused mono-linguistic reporters who have been so-vaccinated to feign a French vocab-haw-he-haw-he-haw.

Meanwhile, and not to put too fine a point on it, how can a loss-making food delivery business that flirted with insolvency just over a year ago be preparing London’s largest stock market float in a decade? How? Deliveroo said this morning that it was targeting a valuation of between £7.6 billion and £8.8 billion as it prepares to go public within a fortnight. The food ordering app would be London’s biggest listing since the 2011 debut of Glencore, the miner and commodities trader.

Is there a big bubble being blown, in which new tech companies that deliver both pizza and results through digital channels are out-performing traditional businesses? Amazon invested $500 million in the company last year, but the deal was only cleared by the competition watchdog because without the fresh capital Deliveroo might have gone bust.

Customers spent £4.1 billion on the app last year, up from £2.5 billion in 2019, with net revenue climbing 54 per cent to £1.2 billion. Despite the soaring demand, Deliveroo was unable to earn a profit, turning in an underlying annual loss of £224 million. Something seems wrong in the world, doesn't it?