Can CVAs Make You Gay? The BIG Questions Answered 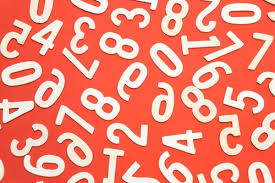 We are not sure who Billy met over the weekend (although are confident he shouldn't have met up with anybody), but he arrived into the office this morning with some very curious views. He has become an anti-vaxer overnight; he has it on good authority that the Covid vaccines can make you gay and, despite his curious affinity for Netflix's new Bridgerton blockbuster, has never seen himself as part of that demographic before.

"So, you're not having the vaccine when it becomes available to you, then?" Michelle asked him.

"It's all about accepting the consequence as a necessary part of your actions, Billy," Richard explained to him.

"What? How does that make any sense?" Billy's voice went up an octave.

"Well, you're allowed to have a fear of, or emnity towards, vehicle insurance, but if you have, you are not allowed to drive. Simple."

There were a huge number of actions in consumer-facing businesses last year and many of them led to the consequence of a CVA. Accountancy Today reported some research by PwC, telling us between June and November 2020, 19 CVAs were launched in the retail-leisure-consumer-hospitality sector, compared to four over the same period in 2019. This is an increase of a whopping 375 per cent.

The pencils at PwC were clearly very sharp, as they further wrote that almost eight in ten of 2,992 business sites secured agreements with landlords to amend lease terms, allowing large sections of business real estate to remain operative, and all under CVAs. In the profession we all know that using a CVA as an effective means of survival through measures including injecting new money from lenders or shareholders, rent reductions and reducing property portfolios can be a very positive thing. It saves jobs, allows businesses to bounce back, returns more to creditors and gives directors who can communicate with their creditors a second chance.

It became the game of choice on Christmas Day tables, flocked around by insolvency professionals last year.

"Twenty questions; I am on the high street and am knackered. Who am I?"

"Oo, Intu, the Bull Ring, anything and everything owned by Hammerson?"

Today (Monday 4 January, 2020) has been strange, though. With Boris about to shake his yellow mane at us at 8.00 this evening, telling us not to leave the house before we can do so carrying catkins and Easter eggs, the numbers have all gone a bit wild.

It was reported that mortgage approvals in November rose at their fastest rate for more than 13 years.

The manufacturing sector grew at its fastest pace in three years in December 2020.

Some idiot analysts have come out all peculiar and predicted that the markets will grow by 10 to 15 per cent in 2021, fuelled by vaccines and pent up but unrequited desire.

What a shame Billy won't be permitted to leave his home to enjoy it all, being stuck in, unvaccinated and (vaguely) straight.