China: At the Centre of the World? 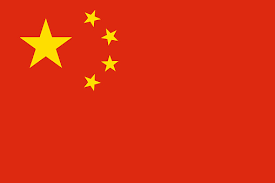 For those of you who still think your boyfriend (or maybe your Dubsmash profile) is the centre of the world, we have news for you (as any self-respecting news bulletin service should have). It's actually China that occupies that position. When Xi Jinping sneezes the west catches a cold (and there is a greater than 60 per cent chance that some of his helpers have been made aware of the use of his name on this site and, if they have, we just want to say what a jolly good job we think he is doing).

Hard as the US have tried to stay in the headlines via their variable foreign policy we have to accept that when things start to go wrong in China the ripples caused don't take long to reach us. So the news that the country's manufacturing sector shrank in August 2021 for the first time since the early stages of the pan ... blah, blah, blah is a worrying sign for the global economic recovery.

Factories are still pumping out as much smoke as plastic stuff we can buy on Amazon (studies estimate that premature deaths from air pollution is one to two million a year) and they are encouraged to do so, as they powered the country’s economic rebound last year. However, the manufacturing process in the world's fourth biggest country is coming under pressure from supply bottlenecks and the high cost of raw materials. You are only allowed to whisper that new outbreaks of C_V_D are adding to the challenges.

Businesses all over the country have been forced to draw down their inventories, as supply chains fractured and backlogs of work increased at the fastest pace since May. Employers also scaled back hiring as output fell during the month.

The findings from the private survey of China’s manufacturing sector come a day after the official PMI figures showed that the sector lost momentum last month. The official manufacturing purchasing manager’s index fell to 50.1 from 50.4 in July, according to the country’s national statistics bureau. Economists had been expecting a reading of 50.2, so, well get over yourselves - you're usually much more inaccurate than that, economists, and we think you should take that one.

Services are driving increased consumption throughout the west and we are all hoping we can get the lorry drivers back behind the wheel in time for the recovery of our friends from the East.