Chocolate and Chips: The Traditional British Christmas Under Threat 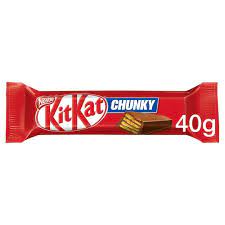 Tracee is beside herself for two reasons. Firstly, her mate Boo-Bel Instagrammed the ending of the new Bond movie and she has tickets to go this evening (Wednesday 6 October). Secondly, her favourite Christmas tea of chocolate and chips is under serious threat according to media reports this morning.

Angus Thirlwell, co-founder and chief executive of everyone's favourite treat brand Hotel Chocolat has said that it is having to raise prices in response to increased costs, higher lorry driver wages and further investment in its cocoa farmers. Working his way through a Sleekster Luxe box Thirlwell said. “There’s quite a bit of inflation around in the supply chain - some of it is temporary and will unwind, while some isn’t. Oo, a raspberry one!” It is said that the group’s team of lorry drivers had been given “chunky” double-digit percentage pay rises to secure staff amid the HGV driver shortage, but it was later rumoured the offering was actually a KitKat Chunky, which cannot sustain your average British lorry driver for longer than the slip-road back onto the motorway.

Mr Thirlwell will be heartened by news of the group's underlying pre-tax profits being £10.1 million in the year to June 27, up from £2.4 million previously, with increased revenues rising by 21 per cent to £164.6 million, with more than 70 per cent of sales made online.

Closer analysis of the chip shortage will boost Tracee's mood, as it turns out that these 'chips' are clever motor vehicle semiconducters which have become harder to locate than a new Adele song in recent months. If you are wondering what to do with your share of excess savings, which are cumulatively equal to 8.3 per cent of 2020 GDP, you could do a great deal worse than buy a new vehicle, perhaps joining the proud owners of 32,721 electric cars that joined the road last month, a market share of 15 per cent.

Someone called Mike Hawes, who is something to do with motoring generally and cars specifically, called for a “massive investment in public charging infrastructure” to ensure the “rocketing uptake” of electric vehicles, as the run on 13 amp fuses continues. However, production line disruption is likely to continue well into next year as supply chains falter and the French look to invade, disguised as migrants, because we won't let them take our fish.

Meanwhile, everyone's favourite very unFrench fast food retailer Greggs has posted a 3.5 per cent rise in third quarter sales compared with 2019 as it was boosted by Britons on staycation holidays visiting its shops in August, while the return of office workers in September helped sustain like-for-like growth at 3 per cent. The group has posted a 3.5 per cent rise in sales compared with the same quarter pre-pandemic and the company’s delivery business, which only became available nationwide last year, is on track to make about £170million in sales this year, out of an expected £1.2 billion total revenue. However, Greggs also flagged that it expected costs to increase towards the end of this year and next year, as it would face inflationary pressures from ingredient prices rising.

If they put up the price of Priti Patel's favourite sausage roll they will surely face her famous death stare.