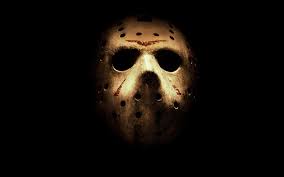 When Cineworld show the movie about their plight and collapse they will need extra wide screens, and a content warning, to display the numbers involved.

It is reported this morning (Friday 20 November) that the globe's second largest cinema chain are on the brink of a CVA in the UK which could result in the closure of some of its 127 cinemas in Britain. The greatest priority for Cineworld is to reduce its jaw-dropping debt of £8.2 billion, the interest on which alone could buy Denmark, and the non-payment of any amount of it could result in the Special Boat Service being sent round to explain the necessity of rapid repayment. We in the NTI newsroom understand 'high gearing', but Cineworld are making an epic production of theirs.

Having said in August there was shock news coming soon in a cinema close to us they published their half year results in September, reporting they had raised additional liquidity of $360.8 million in the period, and in a “going concern” statement insisted they “should be able” to operate under current loan arrangements for at least 12 months. Not any longer, it appears, in the UK ... unless the trailer of a CVA horror show is designed to put the willies up their landlords who have had to deal with a (what is the collective noun for willies?) 'load' of willies recently. With big-production movie releases delayed and Netflix and Amazon providing the screenplay to our lives in lockdown, the majority of the 45,000 employees in the US and here in Britain have been 'laid off', 'furloughed', or 'put on restricted job retention', with the situation not going to get any better until 'Astra Zeneca - The Return of the Vaccine' is played over the UK.

Alix Partners are advising with a giant sized salt popcorn (£17.75) and bucket of Diet Coke (£4.60) perched on their knees, but must be wondering about the available options for the chain with huge premises in city centre locations, stacked with seats and dimmable lighting in a commercial property market not particularly open to buying cinemas to turn into ... (what is the best use for a former cinema? Another cinema? How many Bingo halls can we shake sticks at?).

Shares of Cineworld, already down by three quarters in the past year, fell 4¼p, or 8.7 per cent, to 44¼p yesterday on the news and landlords were unavailable for comment, as they were too busy weeping into their pick-and-mix (£12.78).