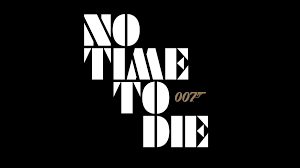 For those who like to sit back in relative luxury and spill salsa on their sweaters in the pitch black, while looking forward to picking shards of salt popcorn out of the hems of their trousers for the ensuing fortnight, it sounds like good news. It was announced late today (Monday 23 November) that Cineworld have (HOW?) secured a £552 million funding lifeline to see it through the Covid-19 vaccine distribution by Matt Hancock and his team of up to four people, until we can once again, as a proud and free nation, secure our own lending and buy a ticket and some pick-and-mix at a cinema again next spring. Before this additional funding the Cineworld debt was already in Scary Movie 3 territory at a shocking £8.2 billion, but now it crests £9 billion it is approaching Ashittybill Horror.

By next April we should once again be able to queue to see delayed blockbuster movies such as James Bond's No Time to Die, the Avatar sequel, (yet) another Star Wars movie, Candyman, Tomb Raider 2, Coming 2 America and Raya and the Last Dragon. Frankly, if Hollywood can't do better than that paltry line-up in the year they have had to themselves and the luvvies, the industry hardly seems worth saving.

Nevertheless, if we had all known about this financing deal last Friday, when the NTI newsroom announced Cineworld's plight on this very site, we could have bet the ranch on the world's second largest movie theatre group's share price and made a tidy 20 percent profit. Shares in the group - which have lost three-quarters of their value since the start of the year - surged by a fifth at the end of trading today on the belief that it will now be able to cash in on what only Hollywood would term a 'bonanza of delayed blockbusters' in 2021. Blockbusters, you say? We all know what happened to them with the advent of Netflix and chill.

Amidst spumes of dry ice and the parting of an oversized red velvet curtain Cineworld announced the financial package it says will give it breathing space to keep going "until lockdown restrictions in key jurisdictions are eased and studios are able to bring their enhanced pipeline of major releases back to the big screen".

Good. Nothing beats a Wahaca and movie double-whammy date night ... who cares what's on the screen. We can't wait.