The Court of Appeal Rule on Time, The Coronavirus Pandemic and the Dark Lords 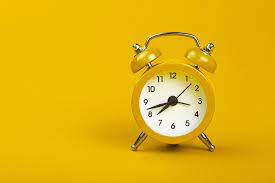 It is a lot like Doctor Who. A chappie called Watts has decided to take on those Time Lords of Darkness at HMRC and, in the same breath, this case is the first Court of Appeal decision dealing with extension of time applications within the context of the Coro ... blah, blah, blah.

The facts of the case turn around Mr Watts getting all uppity about the time he was (well, wasn't) given to obtain a transcript of a matter he was the subject of. His argument, much like that of someone who entered a roundabout at the wrong time in Chichester and the person who was caught outside John Lewis with a barbeque he hadn't paid for ...

"The pandemic made me do it."

The Court of Appeal were not in the mood to be cuckolded by such an excuse and held that the High Court was right to refuse an application for an extension of time for Mr Watts to provide a transcript. He had not, the Court said, made sufficient efforts (even given the pandemic and all of its restrictions) to obtain it.  Watts lost.

What about us Insolvency Practitioners? What if we are sitting a licencing exam in November and there are marks going for timings and filings and stuff; what do we say? The Court of Appeal said (looking over the rim of their glasses in a stern way) that it is strongly advisable for the applicant to evidence how Coronavirus has impacted specifically on them. Courts are not willing to accept at face value a blanket reference to the pandemic as a carte blanche for acting in a dilatory manner, although some recognition of the effect of the pandemic on the court system will be given.

This is then the holistic mark winning statement: the applicant should also demonstrate that, in spite of the pandemic, they have made all reasonable efforts to comply with the relevant rule or court order but are unable to do so.