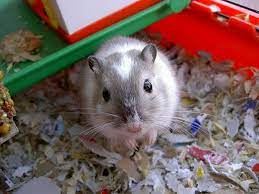 We are struggling to keep up here in the NTI newsroom. First we had to explain to 'Girth', Tracee's new boyfriend, that it was not okay to sleep with his two pet gerbils in order to keep warm, as per official advice earlier this week. It is going to take a while to scrub some of the fallout from the sheets.

Then there is the 'first he did, now he can't' story of the week. Novak Djokovic has finally emigrated from Australia with his raquet between his legs, having had his visa cancelled by Alex Hawke, the immigration minister. He seemed to be 40-0 up in the decider on about Wednesday of this week, but the minister came back strongly with some fine backhand passes. Wouldn't it be great if no-one accepts the world's most famous antivaxer into their country and he ends up interminably in airport terminals with his sour face and husk-only diet?

We are also following, with keen interest, the story of Boris not understanding the difference between a business meeting (aka his arse) and a party (aka his elbow). Either way, he is bringing a bottle.

Then there is the one about billionaire Issa brothers losing some of their Midas touch, by having their takeover hopes of Caffè Nero ground into the dust. The newsroom have reported countless times on the coffee chain's insolvency woes and ultimate CVA over the past 18 months. Do you recall that the petrol forecourt tycoons used their debt position to launch a legal challenge against the Arrangement last year? Well now Caffè Nero have done a Issa-type nifty deal of £330 million debt refinancing with a syndicate of three banks and they are shaking the garage and ASDA owners off their shoes.

Finally, there is the heads-or-tails of the December retail numbers. Many have been reported this week, and the wheat and the chaff have been separated. Suddenly everyone loves M&S again and you cannot get a razor between their trading numbers and a glimpse of the afterlife. Their numbers rose by 18.5 per cent, whereas Aldi's Christmas numbers were only 0.4 per cent higher (finally confirming Dawn French as a national treasure and a shoe-in for next year's M&S festive advert). Also, for the seventh Christmas in a row, Tesco sales in the UK grew, with turnover rising by 0.3 per cent (most of that being booze being sold in the Downing Street SW1A area).

On the other hand, like-for-like sales for Curry's fell by 5 per cent over the peak ten-week trading period to January 8, a higher rate of decline than forecast by some analysts, although sales were still 4 per cent above the pre-pandemic level.

Rolls Royce's are up and Jags are well down. Is this anything to do with an estimated 3 per cent of the workforce was signed off in late December and a fifth of businesses reported increased cancellations amid the surge in the Omicron coronavirus variant?