A Deafening Thud in SW11: Not Quite the End of the Story 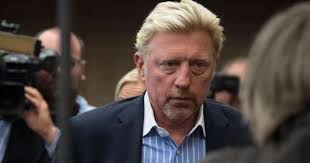 Did you hear the deafening thud coming out of London SW11 last week? That was the sound of a celebrity tennis player hitting rock bottom.

The NTI newsroom have been amused to bring you the saga of Boris Becker's multitude of misfortune over the past two years, as an example of how genuinely entertaining the Insolvency Act 1986 can be. The good news for the self-styled 'favourite German of Britons' is that he was found not guilty of 20 counts relating to his 2017 bankruptcy; the less good news is the four counts he was found guilty of are belters. Each of them carry a maximum penalty of seven years imprisonment. If you are interested in the detail the offences that made it to the top of the pile are: removal of property, two counts of failing to disclose estate and concealing debt. Yowzer!

Boris has form; he has a previous conviction for tax evasion and attempted tax evasion in Germany in 2002 (for the record he received a two-year suspended prison sentence and a fine of €300,000 for those) and he has tried his luck by living in the United Kingdom since 2012 ... but the law has caught up with him; a lesson for all ginger Germans who plan to blame a lack of memory and an over-reliance on advisers for stealing from the British public.

The really big news for us insolvency addicts is that this case got to a major criminal court in the first place. Most bankrupts, even the nasty ones, so bad their faces need to be permanently pixilated when appearing on TV running from cameras or being let into the back doors of care homes, reach a deal with the OR, or pay up even a little amount to avoid the glare of the super-trooper. But we guess that most bankrupts don't have £700,000 of trophies to mislay, or a child conceived in a cupboard's modelling career to support.

Despite everything - or maybe, because of it - Boris has always been popular with the British public, and we in the NTI newsroom hope this beneficence will extend to his putative cell-mate following sentencing on 29 April.