Debenhams and Arcadia: A Quick No News Update 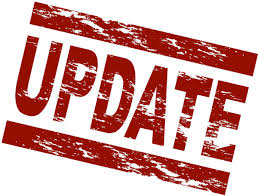 Top of the 'no news pile' this morning (Tuesday 15 December) is not just the rocking horse that coquettishly appeared behind Aarati's 'No 15' door of her advent calendar, but the 'no updates update' about the cracks at the centre of that part of the high street you only ever go to if your Auntie Madeline has given up thinking and bought you a voucher for Christmas ...

...Debenhams: Mike Ashley is in the Maldives flicking through a Debenhams real estate catalogue, laying in front of an infinity pool and the azure ocean which he cannot see, due to his stomach being in the way of the horizon (and the perfect blue sky above it).

Apparently, he needs to buy 30 to 40 of the 124 portfolio to make the deal with Hilco work and even haggled over his eggs benedict this morning at the breakfast buffet, back to which he returned five times (he's all-inclusive).

...Arcadia: there is some serious running the rule going on over this tatty little empire owned by that ratty little man and baronet. Primark are up for it, leading the way over River Island and also Authentic Brands (the American group who own a bunch of retail businesses, including Juicy Couture - which sounds way better than it is). M&S must have misunderstood the sales memorandum issued by Deloitte, as they appear to think 'Miss Selfridge' describes a frumpy middle-aged woman who dresses in shawls and hockey shoes. However, they are still in the running, along with Next and Boohoo. It is said that up to 40 have registered an interest in the group, which is a higher number than the customers who have passed through the doors of a Burtons in the last ten years, searching in vain for a natural fibre.

This on breaking 'no updates update' ... there is a pandemic and people are getting vaccinated, but other people are behaving as if they have already been vaccinated making everyone in the Government cross.