Derby County: Wayne Has to Finance His Own Hair Plugs Next Tuesday 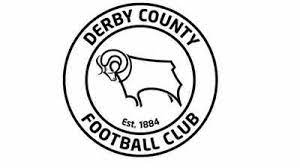 A post from the NTI newsroom for everyone this frosty Friday morning. If you enjoy football, read on; if you were born or live in Derbyshire, read on; if you are a fan of Quantuma (or restructuring) (or Administrations), read on. Only if you are a supporter of Barnsley should you look away now.

At the beginning of the Championship season Derby County were deducted 21 points for any number of reasons involving the ramshackle state of their finances and allegedly dodgy interpretations of EFL rules. The Administration of the club is being overseen by Quantuma and the number '21' is a numerically-based celebration of the IQ of Derby County's manager, Wayne Rooney. Since September they have been making what is termed in sporting parlance "a real fist" of avoiding relegation to League One, by winning eight and drawing 11 of their games so far this season.

This has taken them above Barnsley in the Championship table, who are so terrible at playing football no Administrators would touch them. The cost of running the club is about £1.5 million a month (including regular upgrades to Wayne's hair plugs) and the ideal solution for Quantuma would be to identify a preferred bidder and move to complete a takeover. There are apparently three such suitors sniffing around in the changing rooms at Pride Park and Derbyshire Members of Parliament have called for talks between the English Football league and Derby's Administrators at the end of the week ... because the club just has enough cash to get them through to Monday.

There are players who are attracting interest from other clubs, who may be looking for a bargain if they can stall long enough to get the best possible price. The captain, Tom Lawrence, and academy graduates Festy Ebosele and Louie Sibley are enticing some to make calls in to Pride Park, but Wayne Rooney told media ... well, to be honest, we're not sure what he said, because he is still working on sentence-structure and is hampered by some kind of north-western accent.

Of the three alleged suitors, Mike Ashley (of course) is hovering around on the perimeter and tax payers will be interested to hear that the purchase price is said to be about £28 million, with £29.3 million owed to HMRC. Football club Administrations are notoriously complex and this one's a humdinger. “We are working tirelessly to achieve a successful outcome and still believe this is possible,” Quantuma said last week. Of course they are (we are big fans of Quantuma here at NTI) ...

... but will they be able to pay wages this weekend?