Double Take: How Many? 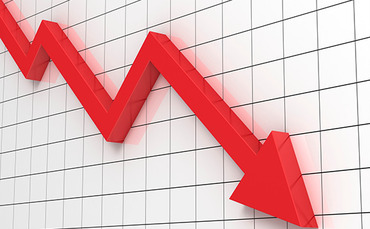 At the last count Billy made it 5.9 million businesses in the UK, although he is first to admit that he got distracted by the smell of cheese toasties as he passed four million. This makes it all the more surprising to hear today that an estimated 1.8 million of them could be at risk of insolvency as a result of either:

(a)  Being over dramatic

The answer is (d), but you already knew that. Is it really true that one in four businesses are looking up the number of their local Insolvency Practitioner? Is it true that R3 are seriously looking at a ‘fast-track licencing process’ involving just a hill start and a criminal check?

The report that Aarati laid on Michelle’s desk went on to say that of that insane number 336,000 that face a ‘high risk of going bust’. How is that measured? The directors file dodgy accounts from a beach in Venezuela? Surely that cannot be true. The wi-fi signal would never sustain that level of activity.

This estimate emanates from a report by Opinium and CEBR, a polling research agency and economics agency respectively. The businesses they polled said that profits had fallen by 18 per cent over the past 30 days. Further, they had reported a 20 per cent reduction in December. More than one in five of the 500 respondents said that they would have to delay planned investments as a result of the tightening of Covid restrictions.

We in the NTI newsroom still think it is quite a leap between delaying investments to eating out of half empty KFC containers, but the published version makes a better read and will cause Fiona Bruce ‘serious concern’ on the BBC News at Six this evening.

It also doesn’t make much sense to read that three-quarters of those polled said they expected to be able to return to pre-Covid levels of production within a year of restrictions being lifted, whereas one in ten foresaw a more protracted recovery.

Then we got it. One in three statistics are useless, while the other two are made up. We hope that three in five of you have a great afternoon, whilst three-quarters of you make it until tea.