Economics is a Mug's Game 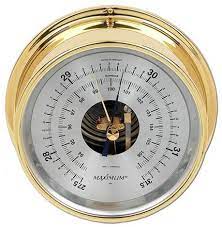 It seems we have been bumping uneasily along the tops of the waves of recession for months now, and we in the insolvency and restructuring profession need to prepare for the worst, whilst recognising it might all be for the best.

It seems that some of the UK's largest business have begun “war gaming” for a recession in recent weeks, with some adjusting medium-term plans for a period of low or no economic growth. Fast-fashion makers Asos and Boohoo have recorded a jump in product returns and are warning over the impact of inflation. Currys cut its profit forecast this week, while rival AO raised £40 million in what its chief executive described as a “sensible piece of financial housekeeping given the short-term macroeconomic uncertainty”.

Internal accountants are proving their weight in salt, ensuring their employers strengthen their balance sheets, taking appropriate measures and and preparing to take the hit on margins. Others, such as the big supermarkets, get earlier signs of a turbulent financial future via customer behaviour. Apparently, there has been a recent shift to grocery shopping close to pay days, whilst some shoppers ask checkout operators to stop at a certain number rung up on the till - such as £30 or £40 - leaving the dips, cherry yoghurt and Fever Tree tonic languishing on the conveyor.

For some businesses, decisions have to made about ordering less stock now for the autumn and winter seasons, given uncertainty over demand. This is coupled with a return from summer holidays, with red-necked returners clutching bruised credit cards at the same time as new school uniform has to be purchased. For many purchasing decisions will be an 'or', not an 'and'. If your business is linked with 'discretionary spending' you are more likely to take a hit. The autumn may not be a great time if you run a gym, or Netflix or if you sell cashmere scarves. Similarly, TV and radio advertisers will remember they do not fare well during a recession - internal financial teams will be spending time scrubbing their revenue forecasts as they keep a keen eye on the news.

The latest data on gross domestic product indicates that the economy has slowed faster than economists had expected, while business confidence has fallen sharply in recent months. Analysts are already cutting forecasts for earnings next year for the UK, Europe and the US, with some predicting widespread profit downgrades and warnings in the autumn. Some have slashed our predicted GDP numbers from as much as 5 per cent for 2023 down to zero, but it seems to be an inaccurate and pretty blunt cutting instrument doing the work. No-one really knows, and many forecasters simply respond to the latest news of war, global shortages and industrial action with the slash of their knives.

Economics? It's a mug's game.