Economists or William Shatner? You Decide 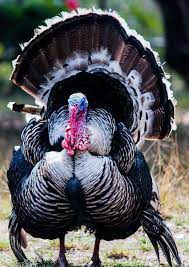 If you are Kwasi Kwarteng or Rishi Sunak and you want to deflect from the row you had at school a couple of days ago what you most need is some good news to draw people's attention away from the sheer enormity of the challenges to be faced over the next ... well, until the next time.

So try this. The UK economy grew by 0.4 per cent in August (the first full month without any Coronavirus restrictions - apart from the fact that Andy's dentist still insists he wears full body armour to book an appointment, as they are still reading the year old newspapers set out on a table in their reception). Economists, of course, expected it to be 0.8 per cent, but this was largely based on Nigel's (from the National Institute of Economic and Social Research) rock being smothered by Tarquin's (Institute of Economic Affairs) paper, and there wasn't time to go for a best of three. It was only 0.1 per cent in July, but this was because Britons had just learnt the word 'pingdemic' and stayed at home to commit it to memory.

However, shuffling their way towards the front of the whinge queue is the motor industry, who have joined a choir of voices singing about the lack of energy and the fact that it now costs just under £96,000 in fuel to make the bonnet of a Ford Ka (so, thank the Lord they cannot get the raw materials to do so). The shortage of lorry drivers has now been joined by a lack of bus drivers and the International Monetry Fund have just decided that the UK will suffer the worst total Covid-19 hit amongst the G7 (they found this out by looking at a Daily Express dated 17 November 2020 at Andy's dentist).

The Institute of Fiscal Studies have also just said that having 'smuggled in' historically large tax rises the NTI newsroom's choice for the next James Bond will only just meet his own rules in the budget in two weeks time. The NTI newsroom are also questioning the use of the word 'smuggle' here, as the tax rises Rishi announced were screamed from the front of every newspaper last month, an equivalent to smuggling a white rhino horn through customs at Heathrow by nestling it down the front of your shorts.

Yesterday (Wednesday 13 October) data revealed that the UK labour shortage hit a record 1.1 million job vacancies, despite William Shatner's vain attempts to reduce that number by one by rocketing himself towards the final frontier he first described more than 60 years ago. Tony Wilson of the Institute for Employment Studies is a cheerful soul (and one to consider for the role of 'In Charge of Christmas 2021') said: "These shortages are holding back our economic recovery and won't fix themselves by just exhorting firms to pay more."

Are we really the worst off in the G7? Just over the pond US inflation reached a 13 year high of 5.4 per cent in September, prices rising 0.4 per cent in just a month. The IMF were helpful about this, urging central banks to be "very, very vigilant", advice many bank chiefs scribbled down as they made their way to yet another crisis meeting.

In Russia Vladimir Putin denied his country is restricting gas supplies to Europe. He revealed this on his Facebook page where he is described as 'a 34 year old democrat who just wants to earn a crust'.

Meanwhile over in Europe (well, you know, the Europe over there, as opposed to the Europe we are part of) Eurozone industrial output fell back below pre-pandemic levels, as the bloc demonstrate their recovery is running out of steam ... and gas, and electricity, and raw materials, and fish, and patience with the German election process.

Thank heavens British retailers are on hand to sort everything out. They have decided that, to stop shortages in preparation for the vital two day retail festival in December they will start Christmas sales a month early, a move that will enable them to run out of everything ... well, a month early. The smartest people in this country are surely in charge of selling frozen turkeys and tinsel.