Can't Robert Jenrick Be Allowed To Forget About That Stuff With Richard Desmond? 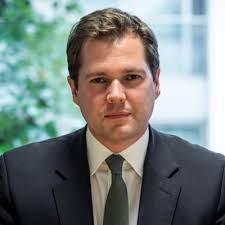 No person should be forced to face constant and ongoing references to their past (well, maybe apart from Joseph Goebbels who, in 1943, tried to persuade his colleague, Adolf Hitler, to introduce measures that would produce 'total war' and who, just two years later, committed suicide in Hitler's secret underground bunkers with his wife Magda, after poisoning their six children with cyanide). It is absolutely unnecessary to refer to the series of incidents in May of this year when Robert Jenrick, Minister of Housing, Communities and Local Government, was involved in controversy as he overruled the Planning Inspectorate and approved a £1 billion luxury housing development for Richard Desmond, a Conservative Party donor. In the same way a man must be allowed to move on and not be reminded that his decision saved Desmond’s company up to £50 million in tax, as well as an additional £106 million through leniency on affordable housing levels, which could have resulted in a total discount of approximately £150 million, from which Desmond also profited.