FRP Steeling Themselves for a Few Difficult Conversations 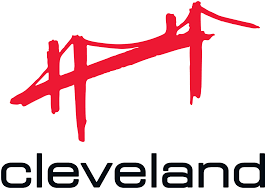 Aarati has been out of the office since last Thursday, having had some bridge work done, but she was spotted  at the Harlesden Caribbean Street Party on Sunday afternoon chewing on some jerk chicken and a bottle of Banks. There have been a few notable absences from the NTI newsroom's offices in Tower Hamlets since Neil's disappearance in the Orkneys two weeks or so ago, but Tracee is still here working on an article about Cleveland Bridge, who are noted for iconic structures over Sydney Harbour, the Forth and the Zambesi, as well as Hong Kong's highly photogenic Tsing Ma Bridge.

Tracee knows the company for their arch over Wembley stadium which she views from the window beneath which her auntie's handbag is kept and which she can see lit in all its glory once her auntie has gone to bed. The Darlington-based specialist engineer fell into Administration ten days ago after its Saudi Arabian owner, Al-Rushaid Group, withdrew its support. FRP have taken up the reins and have been searching for a  buyer after the deadline for expressions of interest closed last week with a final decision on the future of the business due shortly.

It is rumoured that the UK’s biggest structural steelwork firm, Severfield, was among those approached by Cleveland’s major customers, including HS2, about taking over some contracts. Severfield declined to comment, which means that it is true and they are looking for someone to fire.

Cleveland Bridge has already completed one contract on the high-speed rail project, supplying 1,130 tonnes of steel girders for a new bridge spanning the M42 near Solihull. An HS2 spokesman said: “We do not anticipate that the financial situation of Cleveland Bridge will affect HS2 schedules. The first train will still be due at 9.37 in 15 years time."

FRP are said to have received around 20 expressions of interest in the firm’s land manufacturing sites and contracts, although a buyer for the entire business has yet to emerge. However, one of NTI's favourite clients have raised cash to pay more than 220 staff in an attempt to make the business more attractive to potential buyers. The balance will remain furloughed, but from today the company will be liable to pay 20 per cent of their salaries ... so expect another announcement on that one soon.

Those who know the steel business and who are often seen tapping a finger to the side of their noses say that most likely Cleveland's assets will be sold off, with contracts being renegotiated.