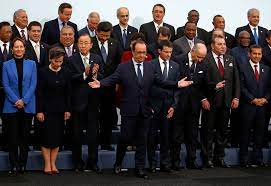 If you are someone or anyone this morning (Monday 27 June) you are attending either the G7 summit or NATO members meeting. If you are really someone you are attending both and chasing others around looking serious and stern and trying to appeae statesmanlike in a photo opportunity.

Even countries such as Indonesia, previous supporters of Russia at UN meetings where they chose to follow the butter on the side of their bread, have reached the conclusion that the war in Ukraine has completely knackered global fuel and food costs and when, like them, you have more than 273 million mouths to feed over 17 and a half thousand islands you need to sit down and look solemn, like the rest of us. Which is good, as they have been invited to the G7 summit for the first time.

In the UK archipelago RSM UK's analysis of the most up-to-date data from Datscha reports that high street footfall fell 25% in May 2022, from the previous month. Depending upon where you live, some of the numbers are pretty astonishing; the biggest month-on-month decreases were seen in Glasgow (down 54%), Newcastle (down 40%) and Brighton (down 39%). This has caused the Office for Budget Resposibility to request a cloth with which to remove egg from their faces. They were previously predicting a 3.8 per cent growth in UK GDP this year, but really, who - apart from satellites and every commentator worth their salt - could have expected Russia to invade Ukraine who between them supply more than a quarter of the world's wheat, the former also being the largest exporter of oil and natural gas to the European Union.

The world's insolvency practitioners are a little more concerned with last night's deadline for Russia, as about $100 million worth of interest on their government bonds came due on Sunday evening with no sign of payment, marking the end of a 30-day grace period during which the country sought to avoid a full default.

Although Russia is awash with foreign currency, due to the above-mentioned sale by them of oil and gas, escalating sanctions following its invasion of Ukraine have frozen the country out of the global financial system, and the US treasury department last month closed a sanctions loophole that allowed American investors to temporarily receive interest payments from Russia, setting the clock ticking on the grace period.

To be frank the default is largely a symbolic formality, as the writing has been on the wall for months now and its reneging on debts is not high on the list of the people of Severodonetsk, Ukraine where their forcres have "tactically retreated" in a move to avoid a repeat of the fateful Azovstal siege in Mariupol, according to the country’s military intelligence chief.

We in the NTI newsroom wonder if that will be brought up at G7, where attendees are no doubt revelling in the claim by our own Mr Johnson that he will be in power well into the 2030s. Thanks Boris, that's the perspective we needed.