The Gap: Mind It 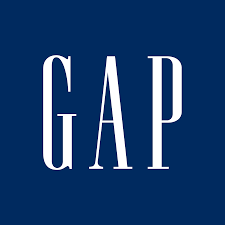 There was a large group of socially distanced landlords on the Central Line on the London Underground this morning (Monday 22 February) and there were a number of raised eyebrows as their train pulled into Bank Station.

"Mind the Gap", propounded the announcer over the public address system.

"You're telling us," said one landlord to another. And you can understand their position. In a move that only Priti Patel would consider not to bullying, Gap retailers declared war on its landlords, telling them it plans to hand back the keys to all its shops in Britain and Ireland in July in a move that will mean the loss of hundreds of retail jobs. For those of you who have not truly grasped what is going on here it is the equivalent to someone with a knife revealing their plans to stab you if you do not do exactly as they tell you. And even then they are going to stab you anyway.

One of the more persuasive parts of Gap's argument is that they have already announced their European business will become online only, which is a pretty terminal proclamation to the landlords. However, Gap is increasing pressure on landlords early doors, as it tries to break lease contracts early. Gap has 95 stores in the UK, but even before the pandemic the group had counted £3.27 million of impairment charges on underperforming stores for the year to 1 February last year. Gap’s UK retail sales fell by 9.5 per cent to £195.1 million that year, while it produced operating losses of £40.7 million.

Gap had offered landlords that they pay reduced rent until July which, given the bombshell dropped today, was the more decent side of their position. For those of you who have booked an online Negotiations Skills course as part of your personal development this quarter, this would be a perfect example of how not to do it. This is comparable to calling on the Archduke Ferdinand on 28 June 1914 and asking him to accompany you to Sarajevo.