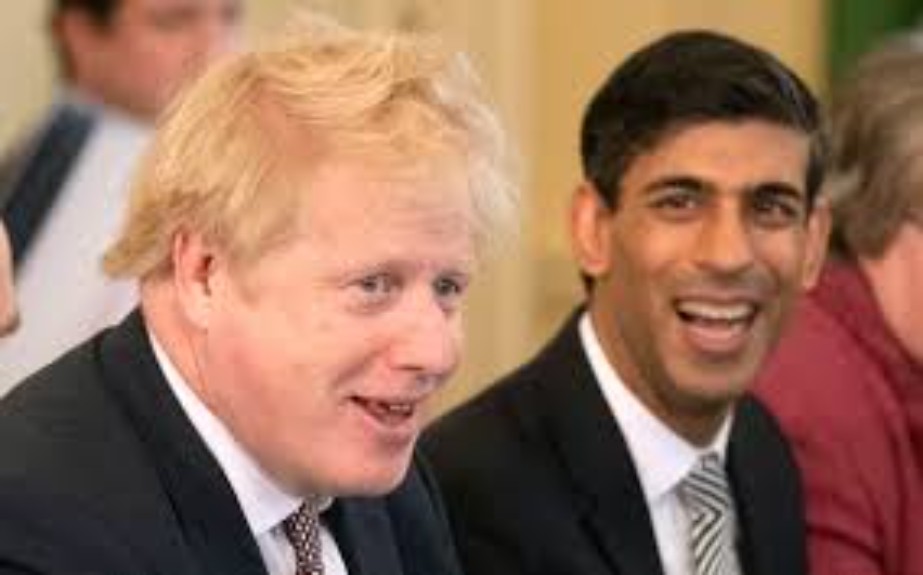 For two years now, most of us in the NTI newsroom have been banging the drum for Rishi Sunak, putting him forward as our man most likely to be the next James Bond. After the ten days he has just had, he is more likely to be the next James Blunt. We know he innocently turned up for a meeting with BJ on that fateful and now fined day, but at what point did being passed a piece of cake with a candle on it with his cuppa not give it away? It is like dragging two brothers before you, isn't it?

"Boris we know you don't know any better, but Rishi! Shame on you. We had such high hopes for you ..."

These are the two most senior and, arguably, electable politicians in our fine land. Mind you; Emmanuel Macron and Marine Le Pen. The French always have to go one better, don't they?

Today's news headlines demonstrate the victory of politics over importance, as many would have missed the announcement of the Office for National Statistics that a record surge in fuel prices pushed inflation to 7 per cent in March. For the generation who have only ever known inflation at less than a single digit this is an extraordinary statistic, but still Boris' £50 fine grabbed the public imagination. Drilling down a little further into the headline inflation number, a 9.9 per cent rise in the cost of fuel is the largest monthly rise on record and this was only just ahead of the price rise in clothing and footwear, which increased by 9.7 per cent in the year to March.

Without a noticeable smirk The Times reported that the Bank of England's target for inflation is 2 per cent, which is about the same as saying Billy's target number of GCSEs was 10 and the British Winter Olympic Committee's target for the most recent games in Beijing was 20 gold medals.

The Office for Budget Responsibility, who we recently heard were loathed by the next James Blunt, said in March that inflation would continue to rise to a 40-year-high of 8.7 per cent in October, when energy bills rise for the second time this year. Wow!

But with all of this high-octane news floating around the airwaves most of us managed to miss the fact that stockpiles of some of the world’s most important industrial metals have dropped to critically low levels as record power prices in Europe hit production and the war in Ukraine threatens output from Russia. Inventories of aluminium, copper, nickel and zinc - four of the main contracts traded on the London Metal Exchange ('LME') - have plunged by as much as 70 per cent over the past year, as traders and big consumers have tapped warehouses for materials.

One to look out for is zinc. Prices in this vital metal rose 2.8 per cent on Tuesday to a 16-year high of almost $4,400 a tonne. Zinc is used as a protective coating for steel in construction, cars and home appliances and none of this huge increase has been factored into the cost of products not even yet made for the consumer market. Analysts say soaring gas and power prices are behind the drawdown at the LME, where available zinc stocks have fallen from 60,000 tonnes to 45,000 tonnes, a two year low.

Most copper and nickel comes from Russia and, unless you've spotted some on the roofracks of T-64 Russian tanks as they head west, a shortage in supply of these metals will make up the next biggest commodoties' stories as we gingerly make our way through 2022. Goldman Sachs expects the supply of refined copper to lag demand by 375,000 tonnes this year - double its previous estimate - and large enough to deplete all visible stocks by December.

But all Glenda from Milton Keynes could talk about on the BBC this morning was ...

"I think he should resign. My sister couldn't go to her niece's wedding duirng lockdown. It's an OUTRAGE..."