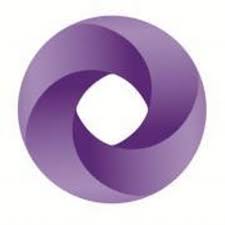 In the NTI newsroom we cannot quite figure out who we feel most sorry for, God or Adam. It is fair to say that when Cain and Abel (Adam's first two sons) first fell out no-one could have predicted how far sibling rivalry would be taken, as God said unto them:

"Come on boys, play nicely." That didn't go so well, as Cain ended up smiting Abel in a murderous rage, hitting him on the head with a stone. Several thousand years later God finally got his revenge and created Jeffrey Archer, thereby subjecting Cain not only to be the subject of a children's book by the author, but also to having his name mis-spelt for all time. It is exactly the same with NTI. Two of our all-time favourite clients, Grant Thornton and FRP, Advisory are at it hammer and tongs.

As reported on this very screen earlier this year Grant Thornton audited Patisserie Valerie for 12 years (both days and nights), but when it folded like pastry into an Administration early in 2019 the holes in its accounts started to look a lot like £40 million-shaped ones. However, when KPMG became Liquidator it was reported that the numbers were, in fact, a little more fruity, as company consolidated accounts appeared to be overstated by £94 million.

Grant Thornton were then on the wrong end of a regulatory investigation (yet to be concluded) about the potential of it being partly responsible for the demise of the upmarket purveyor of croissants, before rumours started to fly around that FRP Advisory had both commissioned a report by Smith & Williamson and might (or might not) have approached lawyers from Mishcon de Reya to sniff out the truth.

Grant Thornoton is said to be girding its loins, preparing to vigorously defend any potential proceedings taken against it (which, it is thought, might commence in the next couple of weeks). And lo FRP doth say:

“We can confirm that the joint Liquidators of companies within the Patisserie Valerie Group have issued a claim for damages against Grant Thornton in respect of their negligent audits of the group companies’ financial statements for the financial periods 30 September 2014 to September 2017 inclusive. We will not be commenting further at this time.”

Having hear this voice coming from the west Grant Thornton came back unto the press and reporteth:

“We are aware that a claim has been filed, but it has not been served. We will, however, be rigorously defending the claim once we receive it.” There is no doubt that wicked deeds are evidenced by the books and papers at Patisserie Valerie, but forsooth it be not clear who is the very son of the devil. The issue for NTI is that we love these two sons equally and beseech them not to yell at one another, or curse each other, or ever be rude. Instead, be kind and merciful, and forgive.

We will be back to render the next chapter and verse.