Hammerson: Nothing Good in the Numbers 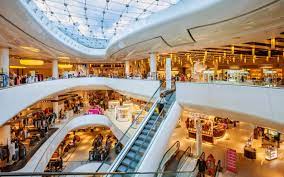 “The property owner has written down the value of its retail portfolio by £2 billion.”

”Hammerson reported a statutory pre-tax loss of £1.7 billion, worse even than the £1.6 billion loss it reported after the financial crash of 2008.”

We could have added a third sentence around the fact that the vacancy rates in Hammerson’s portfolio rose from 2.8 per cent to 5.7 per cent over the course of 2020, and none of these facts leads us to think that the landlord is a good bet for investment in the future.

Add to this the fact that rental income across Hammerson’s portfolio of shopping centres and retail parks in the UK, the Republic of Ireland and France fell by 41 per cent last year. The question to ask is; ‘is this the business they would still have chosen to be in had they started from afresh?’ It’s certainly not one we in the NTI newsroom would choose to invest in.

Hammerson shored up its balance sheet in September 2020 with a deeply discounted rights issue that handed 96 per cent of its equity to new shareholders, with the issue of 3.7 billion shares. Who on Earth were these new shareholders? Can we contact them to request investment in our fledgling ‘ice hotel in the desert’ project?

This is a story about the teetering of a company once regarded as a ‘titan’ in the world of retail, but also one that raises questions marks about ‘the future of retail’. The latter is one that can only be answered when us lot (the general public) get liberated from the starting gates and begin to spend the £145 billion we have stashed away earning rates of up to one per cent in the Nationwide.