Hot Off the Press: First Landlord/Tenant Arbitration under the CRCA 2022 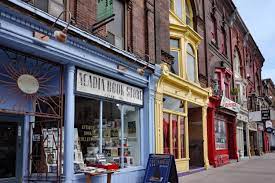 If it hadn't been for the popular media having nothing new to write about Elon Musk and Twitter today (Thursday 14 July) a big headline for those of us in our glorious profession might have missed a major moment, as it slipped beneath the radar. However, the first arbitration under the Commercial Rent (Coronavirus) Act 2022 was concluded between Signet and its landlords, the Commercial Property Group, and was reported yesterday, an initial run under legislation that received royal assent in March of this year.

The Act provides a legally binding arbitration process available for eligible commercial landlords and tenants who have not already reached agreement on matters arising under leases - usually very visceral stuff, such as the non-payment of rent. In this case, as in hundreds of others, the Commercial Property Group were stopped from being able to pursue its tenant, the owner of Ernest Jones and H Samuel, for unpaid rent of £450,000, as part of the Government’s bid to help retailers and restauranteurs, as well as others affected by the pand ... blah, blah, blah. However, it turns out that this slice of unpaid rent was not for Signet's closed retail outlets, but for its headquarter offices.

Martin Pryce, an investment manager with First Property, took time off from the things he probably knows something about to explain to us that ... "Signet tried to take advantage of the Act by claiming relief for its office space in Borehamwood in addition to its retail stores. That was not what the Act was for.”

Thanks Martin. Any tips on the golf and the origins of the universe?

Being the first reported arbitration it is of interest to us all, however (particularly those who might be taking an exam involving landlords and tenants and leases and unpaid rent and such-like at the end of this year) and it will be noted that Signet were not allowed to take advantage of not paying rent on its headquarters in Borehamwood as well as its retail outlets. When asked for comment a spokesperson for the company merely rolled their eyes and got all moody, refusing to say anything, but Clare McKay, a property lawyer at legal firm Knights, said the arbitrator’s ruling would “set a precedent for hundreds of similar arbitration awards related to the Covid-19 pandemic”.

You see, rest of the world, it is this kind of thing that gets folk in our profession excited.