How Much Light are We Prepared to Throw at the Darkness? 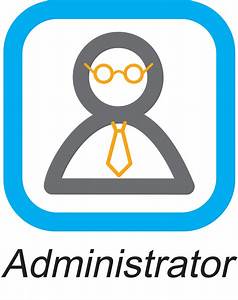 How many Insolvency Practitioners does it take to save a Bulb? Teneo. Billy has been sitting in a dark corner working on that since Tuesday (23 November) and this is the best he has come up with. Quite frankly, it's a pretty poor show.

What is also a pretty poor show is when some in our glorious profession nod sagely when hearing terms such as 'special administrator', without having the slightest clue what they mean.

"Is it where the Administrator is an only child?"

"No, I know; it's where the Administrator previously had issues at school and had to attend 'extra lessons' after four o'clock with someone sporting a pointy beard."

Neither of the above, actually. A special administrator (in the context of the energy industry, and they can be appointed over such institutions as water companies, six form colleges and investment banks, too) will be appointed in respect of a protected energy company within the meaning of section 154(5) of the Energy Act 2004. An 'Energy Administration Order' is an order of the court which directs that the affairs, business and property of the protected energy company are to be managed by an 'Energy Administrator'.

Does this job title pass the 'impress at a first date test'?

"Me? I'm an Energy Administrator."

Now you know. Anyway, Teneo fulfils this role at Bulb Energy and it was reported this morning that they have been given £1.7 billion of taxpayers’ money to play with in order to continue running the failed energy supplier over the winter. This should enable Bulb’s customers to continue to receive electricity and gas through to April, although there is more in the Government's pockets, apparently, should it be needed.

If you are interested, it is the first time the 'special administration process' has been deployed in the energy sector, which demonstrates just how precarious Kwasi and his team think the situation is, bearing in mind that 17 energy companies have fallen in the last six months and these superpowers were not previously unleashed. Greg Hands, the Energy Minister, said the Government’s priority was “to protect consumers”, which brings us to Billy's second offering this morning:

Still not good enough? We'll have a word.