How Much Teneo? What Will the Commons Select Committee Say? 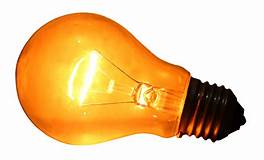 Last month the NTI newsroom published a story about Bulb Energy sinking into special administration and yesterday we did a piece on a Parliamentary select committee not trusting us Insolvency Practitioners as far as they can disqualify us.

What will MPs say today about a report that the cost to the taxpayer of running Bulb, the failed energy supplier, could spiral by £1 billion or more as gas prices hit fresh record highs, according to industry estimates. We think it is fair to say that not all of the cool billion will go to Teneo, who are sifting through gas bills as we speak, but that is not how the Daily Mail will see it. Hopefully Meghan Markel will say something inane between now and the beginning-actual of the festive season and the centre of attention will be deflected from us. What are the odds?

The government had opted for Teneo to buy the vast majority of its wholesale energy needs at short notice, as little as a day in advance, leaving it exposed to surging costs. Isn't this a bit like buying a turkey inside a swan inside a horse on Christmas Eve? We haven't run many energy companies here at NTI, but this doesn't seem to be hugely sensible, especially given the trigger-happy finger of Vladimir Putin aiming his sights as Ukraine whilst threatening us all with no gas. He has the pipeline and he has the same sense of immortality that Michael Jackson had, and even though the latter didn't end well we can't rely on sleep medication to take out Russia's president.

Making our point for us, day-ahead gas prices have more than doubled since Bulb was placed in special administration, while day-ahead baseload electricity prices have risen by close to half. A well-placed source close to the fire estimated that this could inflate the cost to taxpayers of running Bulb by at least £1 billion if high prices persist this winter; another suggested a rise by as much as £2 billion. Three more said they could see French hens and there were four calling birds for another.

Well if energy buyers have lost the plot why can't we?