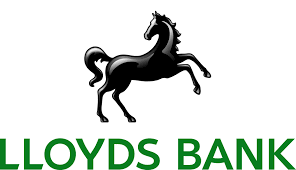 You’re travelling back from going somewhere and are increasingly delighted by how empty and clear the motorway is, especially for the time of day. It is wonderfully free-flowing, against all the odds and that seems almost impossible. But wait; as you ease out of a long-sweeping corner, is that a necklace of hazard warning lights you spy at the top of the next hill? Did you fantasise too soon?

Insolvency professionals are wondering about the statistics evidencing the slowdown of jobs, against all odds. Is all the talk about the approaching tsunami of cases exaggerated, or simply wrong? Will the new fascination for savings protect individuals? Are companies being vaccinated against the ravages of the pandemic?

Statistics published this morning (Friday 26 February) attest to the fact that business confidence all over the UK has risen to its highest level since the start of the pandemic, amid optimism about Britain’s vaccination programme. It can be compared to when Mike Ashley bought House of Fraser; can one little prick really make all the difference?

Did you know that Lloyds Bank run a ‘Business Barometer’? Well, they do, and in the first two weeks of February it surveyed 1500 businesses, asking questions about ‘optimism’, ‘investment’ and ‘confidence in economic revival’. They are expressing surprise in what they discovered, as their ‘Barometer’ rose by nine points to two per cent, which we in the NTI newsroom also don’t understand, but apparently it is ‘good’.

It won’t help, but some of the detail is that companies in the construction and manufacturing sectors are among the most hopeful, with their indices rising by eight and fourteen percentage points, respectively.

In particular, Lloyds found that hiring intentions had improved considerably since last March, but the index remains in negative territory, at -4 per cent.

Bill Winters is the global chief executive at Standard Chartered, which makes him one to know, and he joined Lloyds on the ‘Bankers For Optimism’ podium. In particular, he is very upbeat about something he calls a “stable and upbeat global environment”, after Joe Biden started turning all the orange aspects of the Oval Office grey, and has called for a ‘spirit of globalisation’. Although this is tantamount to ‘crying out for a more aromatic yellow’ (in that it has no real meaning and is just words put into a sentence at random to create ordered nonsense) it sounds good, and even positive, when it comes from someone who must be earning north of $10 million a year.

“Sophie has said that rhubarb can cure deafness.”

”Sophie is a bank manager, you know.”

There must be some basis for all this banker led optimism, as if a business as tragically bad as that conducted by Aston Martin is starting to look up there has to be legs in the theories. The sports car company, whose flotation two and a half years ago was one of the biggest disasters of recent years on the London stock market, insisted yesterday that it was back on the road with production of the DBX, its first 4x4 vehicle, in full swing and set to account for half the 6,000 cars that the group expects to produce at its factories in Warwickshire and south Wales this year.

To place this in a degree of context, Aston Martin has hit the insolvency wall no less than seven times in its history. It has a star bigger than anyone else’s on the ‘walk of business shame’ outside KPMG’s offices in Canary Wharf, London. However, they are placing their faith in a model that doesn’t fit their marque in the slightest, so maybe the answer really was to finally make a car that people want to buy and could afford. Who knew?

Feel free to be optimistic about business this Friday morning and to enjoy a more floral-smelling yellow. It’s all nonsense, of course. Business is royally screwed.