India: Some Good News, But Lots of Bad 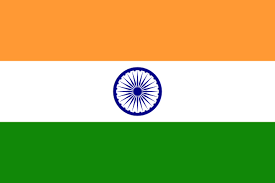 On UK news we have been watching horrific scenes of Indian nationals lying on gurneys in the car-parks of hospitals gasping for air as their country became only the second on the planet to pass 20 million Coronavirus cases today (Wednesday 5 May). It is horrific that one of the world's leading nations can lose 3,449 of its citizens in the last 24 hours when it is also the leading producer of vaccines for the very disease it is helping the globe to inoculate against. Capitalism gone mad? Terrible organisation? Huge misfortune in packing 1.4 billion people into a relatively small area?

Prime Minister Narendra Modi faces a massive decision. When he ordered a lockdown of his country in March more than 120 million Indians lost their jobs overnight and it triggered mass migration as thousands sought to return to their homes, many of them on foot. Many of Indian's working population get paid by the day and with no welfare state if there is no work there is no money.

In light of the above it seems so inconsequential for Boris Johnson to cancel his trip to India, meeting Modi only virtually to discuss a new trade deal with India that could create more than 6,500 jobs in the UK. The deal is said to be worth £1 billion and will pave the way for a free trade agreement between the two countries. We in the NTI newsroom don't know if it is an irony or a tragedy that the deal includes investment by the Serum Institute of India which will support clinical trials, research, and possible manufacture of vaccines. This, in itself,  is worth £240 million.

International Trade Secretary Liz Truss said: "We'll be looking for early wins that we can gain for both countries." For India, Oxygen. Vaccines. Medication. PPE. Those would be a good start, Liz.

On the same day, Infosys, an Indian company and listed software exporter, says it is to hire 1,000 new staff in the UK to help it meet a surge in demand for digital services. Infosys wants to ramp up its UK presence over the next three years in the wake of the Covid-19 crisis. A spokesperson of the company explained that the pandemic had "exacerbated" the need for digital skills and infrastructure, such as cloud technology, as businesses continue to adapt to new ways of working following over a year of disruption.

Of course such deals are essential to the future of our free-trading planet ... but right now, when so many people are dying in India? It just feels both disproportionate and wrong.