Innovation as Standard: From NTI to Cobalt and Blue Hydrogen 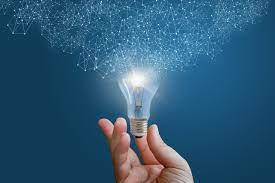 The NTI byline is 'Innovation as Standard', laudation not self-awarded but earned as an EdTech restructuring and insolvency company prepared to see boundaries as challenges, not confines. It is this that has seen us take on establishment institutions in every quarter in which we operate and change the conversation, whilst leading the charge to the future.

It is, therefore, not surprising that the NTI newsroom have applauded businesses that have innovated in placing their heads above the post-pandemic parapet, and two such projects have hit the headlines today (Tuesday 17 August). The first is Glencore, the mining group which has acquired a stake in Britishvolt, the battery start-up behind ambitious plans for a gigafactory designed to equip the UK’s car industry for an electric future. The project has been projected to cost £2.6 billion (which means it will come in just shy of £6 billion, confounding accountants who aren't very good at projections) and part of the UK Government's plan to nurture a homegrown electric car industry on the back of a bold policy to ban all petrol and diesel new car sales from 2030.

Glencore is the world’s biggest producer of cobalt - one of the most sought after and expensive raw materials - and the company will supply 30 per cent of the metal that Britishvolt uses from 2024 to 2030. The investment comes as Britishvolt, one of the few battery plants in Europe to have secured planning permission, is considering whether to go public in London or New York through merging with a special purpose acquisition vehicle.

On the theme of innovation, and in the next breath, UK taxpayers could subsidise the production of “low carbon” hydrogen so it is as cheap to buy as natural gas as ministers seek to persuade a range of sectors to switch away from fossil fuels. The Department for Business, Energy and Industrial Strategy launch a consultation today on how to reduce the high costs of producing low carbon hydrogen, making it affordable to industries who carefully guard their bottom lines.

Environmental experts and academics have warned hydrogen is being “overhyped” and have criticised prime minister Boris Johnson’s backing for a particular production method, which uses natural gas and carbon capture and storage technology, and is known in the industry as “blue” hydrogen. It is rumoured these are the great, great grandchildren of the experts and academics who once said that if a human being travels at more than 35 mph in a road vehicle their 'bones will shake out of their bodies'.

The UK is aiming for five gigawatts of low carbon hydrogen production capacity by the end of the decade, which the Government claims could replace natural gas in powering around three million homes a year (so there, and good on them).