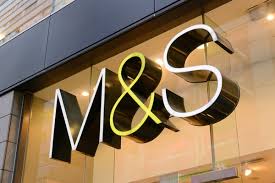 Marks &Spencer issued its half year results last week and they made cheery reading for shareholders and lovers of their Christmas sandwich alike. The figures look pretty good: the top line number of profit before tax and adjusting items was £269.4 million, against the 2019/20 number of £176.3 million.

This led to a profit before tax in the last six months of £187.3 million, alongside the profit for 2019/20 of £158.8 million and a loss of £87.6 million in 2020/2021. If you are an aficionado of the cauliflower popcorn and chilli and cheese hot cross buns ranges in the much-coveted Foodhalls you will be unsurprised to hear that food sales in the last six months were up 10.4%, but all other sales (ex hospitality and franchise - although we are not clear what that means) were up 16.9%.

All this has led to the American megacorp Apollo running the rule over all of that Britishness, and just maybe considering a bid. Why? M&S celebrated their 137th birthday this year and for many sniffing around their food, clothes and other services the Covid-related depression in their share price has made them a potentially attractive purchasing proposition. A source in the City told us that M&S’s shares were “weighed down unreasonably” by the impact of Covid and there is plenty of bouncebackability built into future projections to make them worth a punt ... albeit a rather large one. They also considered the market had failed to attribute enough value to M&S’s 50% share of Ocado’s retail business.

However, it is just possible that the launch by Apollo has been made less likely by a recent surge in the price of Marks & Spencer's shares, which have risen by 24% on upgraded profit forecasts. Did they leave it too long? We in the NTI newsroom know how their famous bite-sized canapes sell out in early December and sometimes you just need to take a risk and buy early.

The store's chief executive, Steve Rowe, looking dapper in what might not have been an M&S suit was keen to point out that growth had been boosted by pent-up demand for socks, good quality but still attainable knitwear and original caterpillar cakes after lockdown, and the firm’s long-term restructuring had also bolstered the business. Mind you, he is masterminding his own exit in the next 18 months, knowing when to leave a good thing behind with shares in the company up 83 per cent so far this year on the back of two profit upgrades.

Apollo unsuccessfully bid for Asda last year and were not forthcoming with comment when approached by Tracee and a cheese and pickle sandwich. Will they? Won't they? They probably won't, but the fact the New York-based investment company is showing an interest will add to the sparkle of of one of our own.