The Japanese on Their Knees 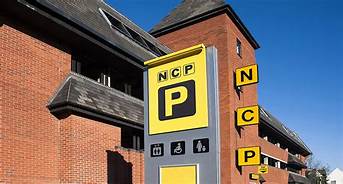 Dogeza is an element of traditional Japanese etiquette which involves kneeling directly on the ground and bowing to prostrate yourself while touching your head to the floor. If you are over 40 this is not possible without first having drunk six bottles of ice-cold Asahi, or having your pelvic bones surgically removed, but it is an art that is presently being practised by the car-park giant NCP, which is owned by Japan’s Park24 and the state-backed Development Bank of Japan.

Avid readers of the NTI news bulletins will recall that earlier this year NCP were a little more kamikazi than dogeza and rendered their landlords apopletic by withdrawing rent payments (not a popular move) and then later announced plans to push through a cross claim cram down (which is tough to say in any language ...).

We are not at all sure the bowing and bending will be enough for NCP's landlords who are reported not to be entirely feeling it, not least because the Japanese owners wrote to the landlords just a couple of months ago begging for rent cuts and saying how terrribly sorry they were to have tried to cross them earlier. NCP say they would much rather come to "consensual deals" and would hope to avoid any further reference to a restructuring plan or some other such solution.

However, top end landlords, such as your Aberdeen Standard, Legal & General and Grosvenor are said to have hired advisers to fight the restructuring and it seems NCP have backed away from the exit barrier and are contemplating other options in that odd little hatched area you sometimes find in their car parks situating the out of order pay machine. In June, days before creditors were due to vote, SoftBank-backed REEF Technology and Bain Capital Credit tabled a bid to seize control of NCP. In the meantime it is rumoured that PwC are waiting on the down ramp in case it all turns a little sour and an Administration is required.