JIEB in November? News on a Saturday Morning for Your Holistic Marks 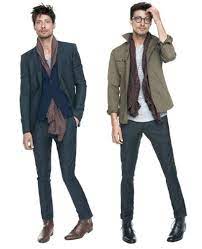 It is reported today in the media that the French are really cross, and you can hardly blame them. It must be infuriating to wake up and realise you are still French. To think, at points some of them are just 21 miles away from being English. Today it is sausages, but it could so easily have been fish, submarines or the Citroën Cactus. It is said that President Macron doesn't like Boris Johnson, but he is hardly alone in that. Some say that our Boris raised the issue of sausages and the Northern Irish border at the G7 summit and then leaked the converation to an eager press; but compared to, say, Agincourt, it is hardly a matter of diplomatic travesty. However, it gives us the opportunity to use the word 'froideur'; a word that can only truly apply to our long-term relationship with those across La Manche.

If the French, or some of them, were English the Bank of England would have their backs. This morning (Saturday 9 October) a third of the UK’s small businesses are classed as 'highly indebted' (which is a 'thing'), more than double the number reported as being so since before the Covid-19 pandemic, the Bank of England said yesterday as it warned of a likely rise in company collapses by the end of the year. This is hardly 'news', but when the Bank of England say something it just gives the highly predictable a sense of gravitas and sligshots it onto the front three pages of the FT.

The numbers are 'interesting', to say the least. The central bank said SMEs, many of which had not previously borrowed and some of which would not have met pre-pandemic lending criteria, accounted for two-thirds of the £79 billion increase in UK corporate debt between the end of 2019 and the first quarter of 2021 as lockdowns left them fearing for their future. The research showed 33 per cent of SMEs held debt levels of more than 10 times their cash balances, versus 14 per cent before Covid-19 hit. The percentage of those with high debt relative to both cash balances and monthly inflows trebled to 10 per cent from 3 per cent over the same period.

Honestly? If we were sitting the Corporate Insolvency paper of the Joint Board exactly a month today, and one or more of the question facts included a small company, we would quote some of the above, and would probably add this from the Bank's Financial Policy Committee: “Although debt appears affordable in the near term, insolvencies are likely to rise from 2021 Q4 as Government support is withdrawn as planned.”

And how about this for an holistic mark? "Leveraged-loan markets should be singled out for concern. They are an area where global investors were taking 'higher levels of risk'." It is a genuine area of concern and one Insolvency Practitiioners must be aware of when giving advice and taking on the debts of companies in the next 18 months or more.

Willian Butler-Adams, the CEO of Brompton, manufacturer of foldable bikes, and a person who looks as unembarrassed as a middle-aged man can in tight, high visibility lycra, runs a business that is an example of all the problems circling small business at the moment. He says that supply chain disruption and shipping delays are going to result in otherwise healthy companies going out of business. The company's savings have gone and many of its customers and potential customers have baulked at price increases of up to 14 per cent. He says his company should just about make it, but for businesses that were leveraged going into the pan ... blah, blah, blah and now face critical supply chain issues, with no cash reserves, they could be broken and face going to the wall.

The thought of knowing the above and not mentioning it in the exam room? Well, you deserve to be French.