Joggon & Dye: It's Going to be a Busy April 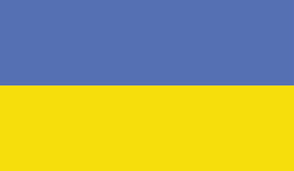 This morning Alpho arrived a little late at the offices of Joggon & Dye (his insolvency and restructuring business on the outskirts of Hull). He had a tiny coming together with an angry Mum in the car-park outside his six year old's school and caught the traffic. Bea, his assistant had left a couple of notes on his desk before going to her 8.30 pilates.

Note One: Nikolay Ivanov rang (7.54) - can we help his boss? Potential default of payments of debt on Wednesday (I think he said $117 million payment!!!! but I must have got the zeros wrong! He had quite a thick accent). 30 day grace period ... but can we run the liq'n if it isn't paid? I think he said his boss was 'Russell' or 'Rush Ka' or something.

Note Two: VW called (can't find a file with those initials). Something about "issues with ... I want to say, Chai Na?" Apparently, half of net profits are made there and worried about future. Can you call before 10?

It's curious, isn't it? Despite the big rise in insolvency numbers last month Joggon & Dye have had no new cases for more than a week; and then two come along at once. And they are doozies!

Russia have been out of the news for a while, but now it appears, with their imminent (albeit 'technical') insolvency Joggon & Dye could have a job bigger even than Lehman in the wind. The VW job is smaller, but the numbers are probably as big. Apparently a VW, Audi, Porsche or Skoda is sold every 9.5 seconds in China and it is, by far, the German manufacturer's biggest market. Another couple of wobbles in the international language of President Xi and the world's largest automobile company could be facing serious choices and even larger consequences.

Did you know that there are about three miles of electric wire in every car on the road? Billy did, as most of his Mini's is poking out of its glove box. It appears that all of this is usually neatly held in place by a plastic harness made ... in Ukraine. Both BMW and Volkswagen have both been compelled to idle plants across Europe after the Russian 'special military operation' forced Ukrainian wiring plants to shut.

Apparently: “You cannot start assembling even an incomplete car without wire harnesses. It's like a yoghurt without a spoon." We added the second sentence for flavour, but you get the picture. Even German motor manufacturers recognise that not being able to get hold of plastic wiring harnesses is a first world problem in relation to your apartment block being bombed, but it does mean that Selena (28) in Coventry is going to have to wait another three months until her new Seat Leon is delivered.

With all of this going on in the middle, the growth in insolvency statistics around the outside is going to continue. The number of registered company insolvencies in February 2022 was 1,515, eleven of them going to Joggon & Dye. This is more than double the number registered in the same month in 2021, which logged 685. It is 13 per cent higher than the number registered two years ago, when we were all terrified about the possibilities of Brexit and didn't know what an epidemiologist did. Then the number was 1,346 new cases.

Breaking that number down; in 2022 there were 1,329 Creditors’ Voluntary Liquidations, more than double the number in February 2021, and 40 per cent higher than in February 2020. There were also some other numbers which weren't so dramatic, but we are too busy reading the writing on the wall to type them here.