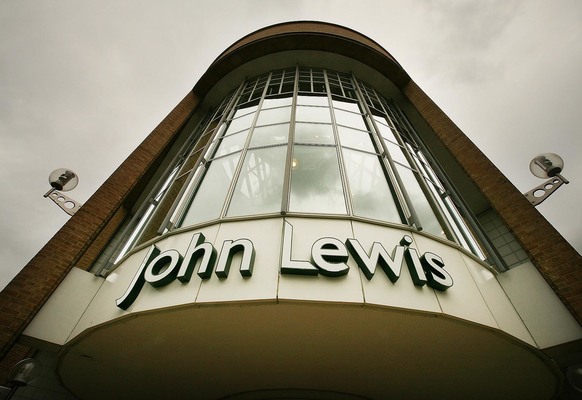 They have a very dynamic view of 'partnership' at John Lewis. The Oxford English Dictionary has it as 'a sharer' or 'a person who plays on the same side as another', whereas John Lewis have it as 'a person who has absolutely no say in the future of their relationship' or 'could you please get your coat'.

The store announced this morning (Wednesday 24 March) that (yet) eight more of its shops are set to close, including four 'At Home' stores in Ashford, Basingstoke, Chester and Tunbridge Wells, as well as four department stores in Aberdeen, Peterborough, Sheffield and York. It is estimated that 1465 jobs are at risk, although a spokesperson for the store said they would try to redeploy them to a store whose closure will not be announced until the middle of next week.

The store closures are in addition to an initial eight whose fate was announced earlier this year. '8' is the most favoured number in modern China due to its association with wealth and luck. The Chinese love this number both in trivial matters and in big moments. 8 is given the highest priority when buying a number plate or buying a house. It is thought to be less lucky if you are employed by a John Lewis store in Aberdeen, with seven other stores having just had their fate announced and a corporate Audi 8 just pulling up outside in the car-park.

At the beginning of this year, John Lewis said its Christmas trading had been better than anticipated and that it expected its full year of profits to be ahead of its previous guidance of a small loss or a small profit. The partners at stores in 'Here' and 'There', said, as far as they are concerned, these profits appear to be neither nor, as far as their futures in the business are measured.