Kwasi Kicks Directors in the Dividends 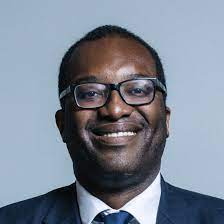 Richard sent Billy home from the NTI newsroom this morning with the instruction to read the just-published 232-page Government white paper about restoring trust in audit and corporate governance. The truth is, unless it contains lewd graphics of rampaging aliens with nuclear tendrils we have little hope of getting a decent summary of the basics out of Billy. He is not a 232-page kind of guy.

The media has it that the proposals aim to 'end corporate scandals' and 'curb huge director dividend payments', but the reality is that anyone with an Amstrad can set up a company, and whilst dividends are the most tax efficient way to produce income out of the corporate hat, it is going to be a long struggle. However, good on Kwasi Kwarteng for giving it a shot. Front page scandals at Carillion, BHS and Patisserie Valerie have shone light on the activities of rancid directors who do not appear to have the word 'fiduciary' in their vocabulary. Their is no real counter argument for allowing such antecedent behaviour to continue and far be it for us to criticise a good effort on goal before we examine the VAR.

The paper, which is published today (Friday 19 March), will cover situations in which companies with insufficient cash will be barred from paying shareholder dividends and executive bonuses without stringent pre-conditions being applied. You may recall the fun we had with Carillion paying members a record dividend just weeks before a profit-warning that preceded its dismal collapse in 2018.

The aim of the white paper is to make this even more difficult (although the law is very clear on when and how dividends can be paid) and Sir Martin Sorrell, chair of Capital,  said that the Government's plans would create "more aggravation" for directors already dealing with Cov ... blah, blah, blah, Brexit and climate change, whilst in the next room the 'British Society for Thieves' criticised plans to lower prices of intruder alarms, claiming that their members already have enough to contend with, what with guard dogs and the onerous Theft Act 1968.

Companies will also have to appoint audit committees and undertake a re-tendering exercise    and rotate their auditors more frequently. Bob Neate, head of audit at Mazars isn't very impressed with this as he explains his business already have a load of quality control in and around its audit department and laments the cost implications of the proposed measures. Also, he is keen on a barbecue pork burger is our Bob, and thinks that rotating that just once is sufficient.

More on this as the news floods in during the year.