Landlords Cry 'Unfair', But That's All They Can Do 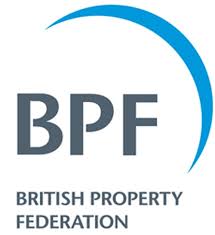 Once we all return to new-normal, debt collectors are going to have to put in a few extra shifts to clear up the backlog of £4.5 billion owed by commercial tenants to their landlords. The view of many is that this particular can has been kicked so far down the road it would take the most eagle of eyes to see it as a mere dot on the distant horizon.

The ban on landlords evicting tenants for owing them rent has been extended until at least the end of June, the Government announced last night (Wednesday 10 March), making it 15 months, and counting, since any (legal) action has been permitted to recover rent arrears.

The British Property Federation are cross, but they are crossest at those organisations they accuse of being able to pay rent but taking advantage of the current situation not to do so. They went for a low blow, accusing them of an outright attack on the pensions and savings of defenceless pensioners whose barely useful retirement funds have been ravaged by the depletion of their supernnuation kitties as a result.

This announcement was welcomed by retailers and hospitality chiefs who appear to have lost the point that they still owe all of the back-rent and, as we emerge blinking from Government restrictions, landlords will be in a better position to enforce payment covenants and evict wayward tenants.

Helen Dickinson, chief executive of the British Retail Consortium, said: “Retailers have lost over £22 billion of sales during the three lockdowns, and the ban on aggressive rent enforcement is a vital protection against being pushed into Administration by landlords.” That’s right, Helen, until 1 July when all Insolvency Practitioner leave will be cancelled until further notice.

The NTI newsroom have conducted a national survey of tenants in the retail, hospitality and casual dining sectors and can confirm that 96 per cent of them have been carefully putting all of the rent they owe to one side, ready to pay it in full on or around 1 July, at about the same time the Duchess of Sussex is warmly welcomed at the doors of Buckingham Place with a hug and a playful wink by a very recently knighted Sir Piers Morgan, BBC Royal Correspondent, with the Duke of Edinburgh cartwheeling in the background.