Landlords Getting New Ideas - Big and Gltzy is the Future 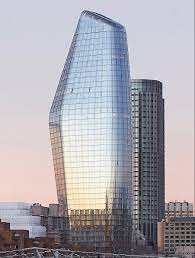 Tracee has just heard that she got two A*s in A Levels this morning, which is doubly surprising as she didn't take any exams and could not, therefore, benefit from the glut (is 45 per cent a 'glut?) of candidates achieving the top grades. We in the NTI newsroom will not have it said that this has anything to do with schools deciding the marks of their own students and in fact there was no initial attempt by educational authorities to use a formula to moderate results that were submitted by schools with some supporting evidence. Instead, checks were conducted by Ofqual, the exams regulator.

David Cameron achieved an A* in lobbying (but to be fair he did have to receive £7 million from Greensill Bank to secure that), but Prince Andrew denies going to any schools and placing his arm around the waists of teenage girls to reassure them about their results, or whatever the hell he was absolutely not doing whilst eating a pizza in Woking with a non-sweaty condition. It is heartening to hear today that His Royal Highness has had a lawsuit filed against him by Virginia Giuffre, a woman who alleges she was “trafficked to him” by Jeffrey Epstein and “sexually abused”. This will give the Duke of York, who is forever marching to the top of the hill before returning, ample opportunity to clear his rather muddied name.

There is all sorts of news this morning, some of it being about landlords. The property group Derwent London said the value of its investment portfolio had increased 1.4 per cent to £5.4 billion in the first half of 2021, reversing some of the losses recorded during the pan ... blah, blah, blah. In particular they report a deal of interest in new properties, which is bizarre as all the other parts of the news-wires are buzzing with stories about the lack of activity in office developments all over the UK.

Across the market, vacancy rates have continued to rise as companies pull out of leases or hold back from signing new ones until there is more certainty about the return to work. Overall, vacancy rates in London increased from 8 per cent to 9.3 per cent in the first six months of the year, according to Coldwell Banker Richard Ellis, the largest commercial real estate services company in the world.

In the States, the chief executive of Tishman Speyer Properties, one of the world’s largest developers, has done more than $11 billion of deals over the past year. In just the past few months, Tishman has snapped up two office buildings in Austin, Texas, a trio in Paris and a technology campus in the Bay Area, among other acquisitions.

Speyer's view is that high end office developments will remain an essential and valuable piece of real estate for years to come, and that leading technology companies, which Tishman increasingly courts, will have the means to pay for it. His family have form, too. Speyer Senior acquired the Chrysler Building and the Rockefeller Center.

There is a differing view about office developments every day of the week. This is only Tuesday; there is plenty of time to counter today's views by Thursday.