Latest GDP Figures: But Are We Really 'Crawling'? 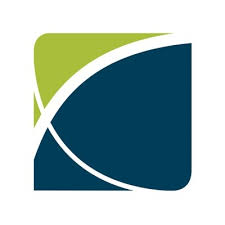 Fun News from the NTI Newsroom, Every Day ... Free of Charge

Every decent media outlet reported UK GDP figures for October today (Thursday 10 December), so as we in the NTI newsroom are very decent we wanted to as well. But wanted to make it fun.

In October the UK economy grew by 0.4 per cent, down from 1.1 per cent in September. The Times has that turn of economic pace as a 'crawl', but in all of 2019, before anyone in Asia had ever licked a scaly mammal, Britain's overall growth for the entire year was 1.4 per cent. At NTI we multiplied the October number by 12 and got 4.8 per cent, which in 2019 would have put us in equal 52nd place in the global growth league. That may appear to The Times to be a 'crawl', but the US came in 101st, Australia 125th, the Dutch 127th and Japan 159th.

Of course you can make comparisons, but we were still in the grip of a pandemic in October, had not heard of Pfizer, couldn't go to the cinema and were still working out that no-one can see you smile in a face-mask ... and we still chugged out an annual equivalent of a GDP growth of middling-world proportions.

Those scrooges at the Office for National Statistics point out that our economy (which has never been our strong point) is likely to have contracted by as much as 8 per cent in November, its worst performance in months but better than the 20 per cent fall registered during the first lockdown in April.

We are going to give you one more fact that might want to make you turn to the egg nog, then get to the 'fun' part. The economy has recovered much of the output lost during the spring lockdown, but it is still 7.9 per cent smaller than it was in February, before the Coro ... blah, blah, blah entered our national vocabulary under 'F'. GDP collapsed by more than a quarter between February and April, but output has grown for six consecutive months since then, and if we are not mistaken, 'six geese a-layin'.

Okay. So which country of the world do you think had the greatest growth in 2019? And by what percentage?

As we want to give you some time to think about that, here is another question. Who came in second and third? A clue would be; don't think about the Olympics final medal table.

In first place was South Sudan at 11.3 per cent. (Interestingly, 'Sudan' came in at -2.6 per cent and must have been pretty pissed off by that.)